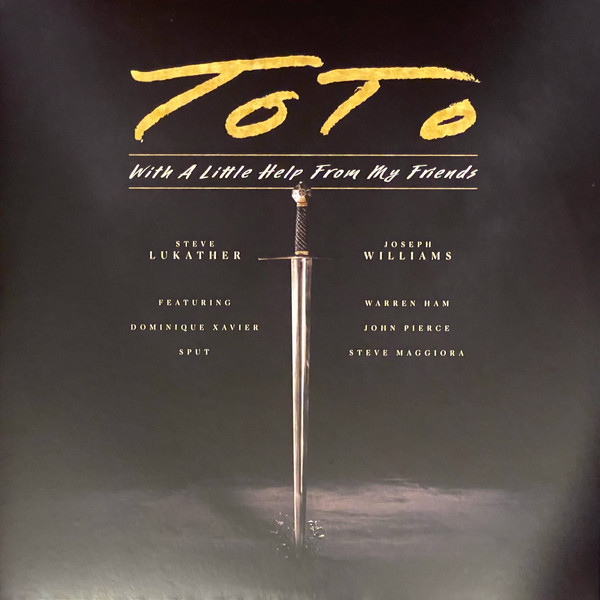 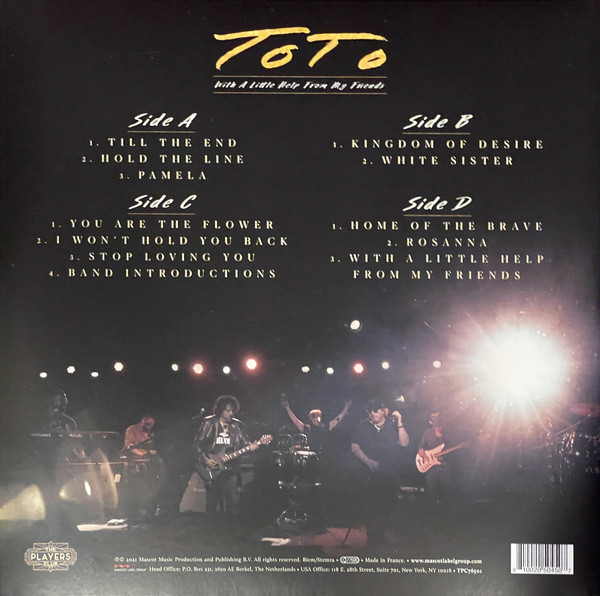 With A Little Help From My Friends (Tranparent Vinyl)

In October 2019 after their 40 Trips Around The Sun tour ended, we bade farewell to the fourteenth incarnation of Toto.

The smattering of applause at the end of each song is unsettling, although not as unsettling as the absence of Africa, and Lukather’s admission that they only play Hold The Line “because we have to”, but they’re still on fire.

Being Toto, they’re obviously technically faultless, but airing the long-lost You Are The Flower for the first time since 2001 and other rarely aired gems such as Till The End and Kingdom Of Desire – played in its entirety, giving Lukather a chance to dazzle – has galvanised them.

Co-founder David Paich appears for a two-song cameo at the end, and nothing here suggests this lineup won’t be vintage Toto.