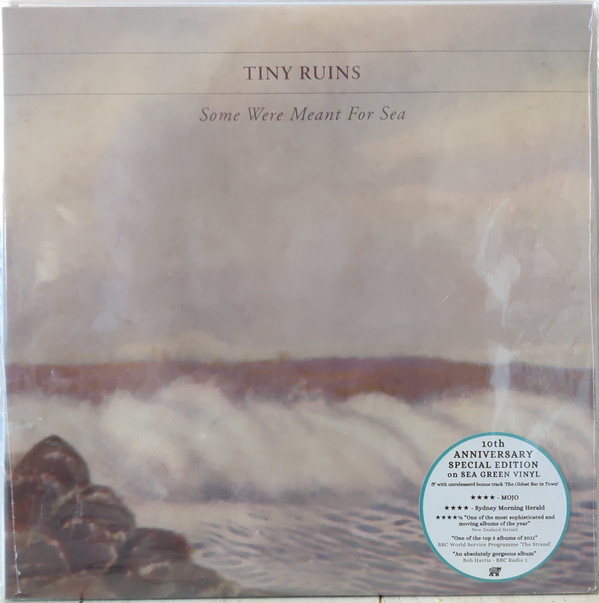 Some Were Meant For The Sea

In May 2011, Tiny Ruins (Hollie Fullbrook) released Some Were Meant For The Sea; her debut album. Now, in 2021, the album is receiving the reissue treatment, complete with unreleased bonus track The Oldest Bar In Town

Fullbrook wrote the songs for Some Were Meant For Sea during a three-year stint flatting and studying in Wellington, with many of the songs inspired by the capital city. When a flatmate convinced her to play the songs at a local open mic night, the sound engineer, Samuel Prutton, offered to record Fullbrook's demos. These landed in the lap of Australian indie label Spunk Records' Aaron Curnow, who flew Fullbrook to Sydney to see her play live before signing her to the label. She has gone on to record two more albums since, including Brightly Painted One, which was released on Flying Nun in 2014