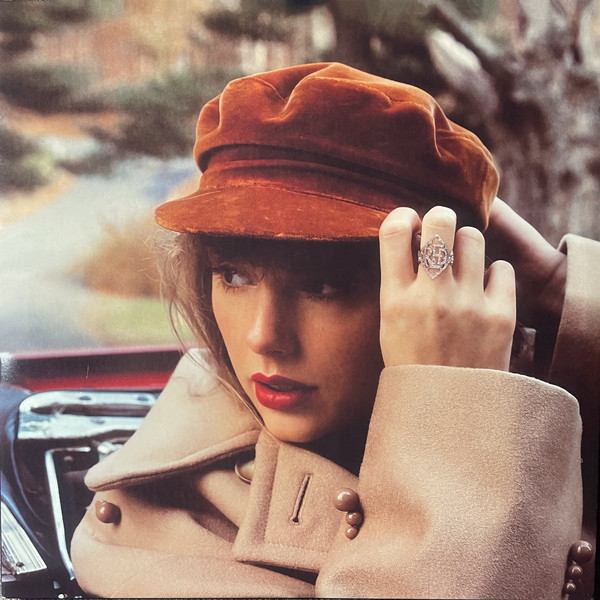 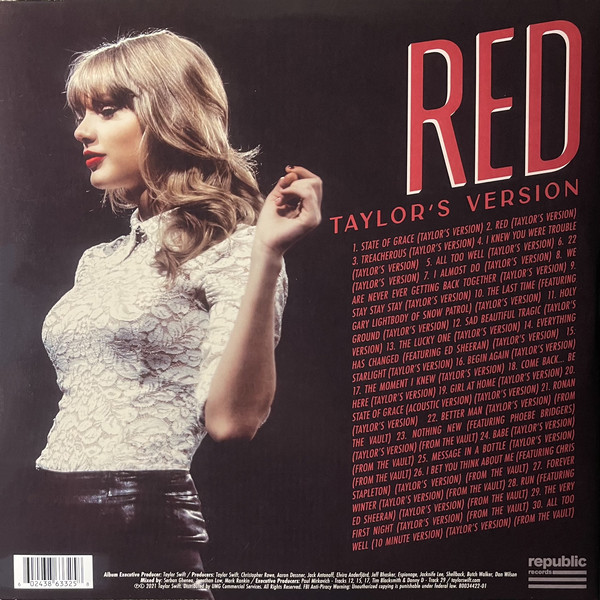 Red (Taylor's Version) is the second re-recorded album by American singer-songwriter Taylor Swift, released on November 12, 2021, through Republic Records. It is a re-recording of Swift's fourth studio album, Red (2012), following her first re-recorded album, Fearless (Taylor's Version), which was released in April 2021. The re-recording venture is Swift's countermeasure against the changed ownership of the masters to her first six studio albums.

Consisting of 30 tracks, Red (Taylor's Version) encompasses re-recorded versions of 20 songs from the deluxe edition of Red and Swift's 2012 charity single "Ronan"; six new "from the Vault" tracks that were intended for the 2012 album; the 10-minute-long, unabridged version of the fan-favorite "All Too Well"; and Swift's own recordings of "Better Man" (2016) and "Babe" (2018), both of which she wrote but had been recorded and released by American country music bands Little Big Town and Sugarland, respectively. Swift and Christopher Rowe produced most of Red (Taylor's Version), with the rest handled by Aaron Dessner, Jack Antonoff, Paul Mirkovich, Espionage, Tim Blacksmith, Danny D, and Elvira Anderfjärd. Original collaborators Shellback, Dan Wilson, Jeff Bhasker, Jacknife Lee, and Butch Walker also returned to produce the re-recorded renditions of tracks they had worked on in 2012. Singers Phoebe Bridgers and Chris Stapleton contributed guest vocals on the album alongside original features from Gary Lightbody of Snow Patrol and Ed Sheeran.

Upon release, Red (Taylor's Version) was met with widespread acclaim from music critics, who admired Swift's vocal performance, the "improved" production details and the new tracks. Reviews described the expanded album as a classic pop record that combines Swift's country roots with electronic, synth-pop and rock flairs, chronicling various dynamics of love, life and heartache. Commercially, Red (Taylor's Version) broke the Spotify record of the biggest single-day streams for an album by a female artist, garnered the largest vinyl record sales within a week in the history of MRC Data, and the largest album sales week of 2021 in the US. Swift promoted the album with television appearances on NBC, and inspired by the premise of "All Too Well", she wrote and directed All Too Well: The Short Film, which was released to YouTube on November 12 as well. "I Bet You Think About Me" featuring Stapleton impacted country radio on November 15, 2021.