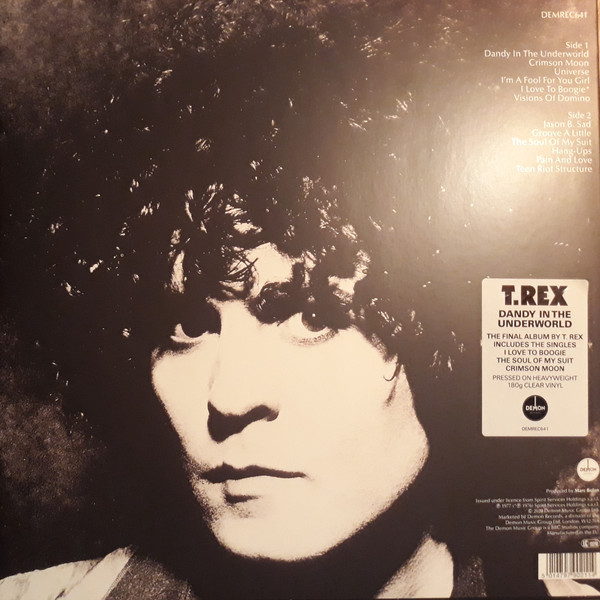 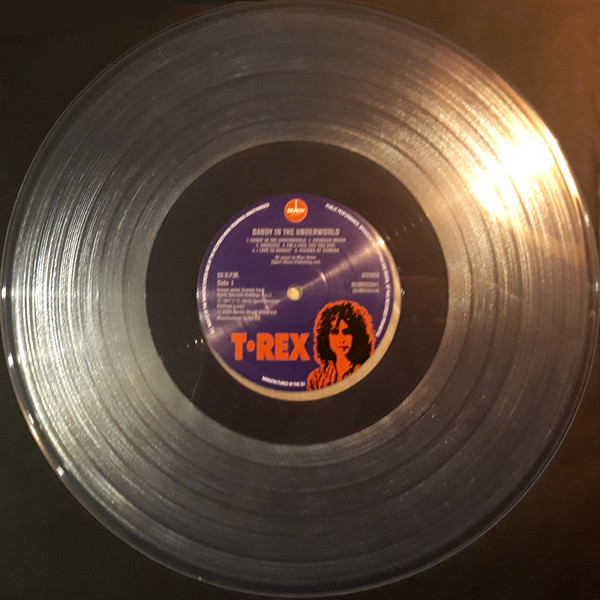 Dandy In The Underworld (Clear Vinyl)

Dandy in the Underworld is the twelfth and final studio album by English rock band T. Rex. It was released on 11 March 1977 by record label EMI. It reached No. 26 in the UK charts, the band's highest-charting album since 1974's Zinc Alloy. The leading single "I Love to Boogie" had been a hit single in the UK the previous year, peaking at number 13 in the singles chart.

Dandy in the Underworld was regarded by critics as a comeback for the band. It was praised for the strength of the songwriting and Bolan's vocal performances. However, it would prove to be the band's final album, as Marc Bolan died in a car crash in September 1977 at age 29. In 2006, an album of alternate versions and unreleased tracks called Final Cuts was released.