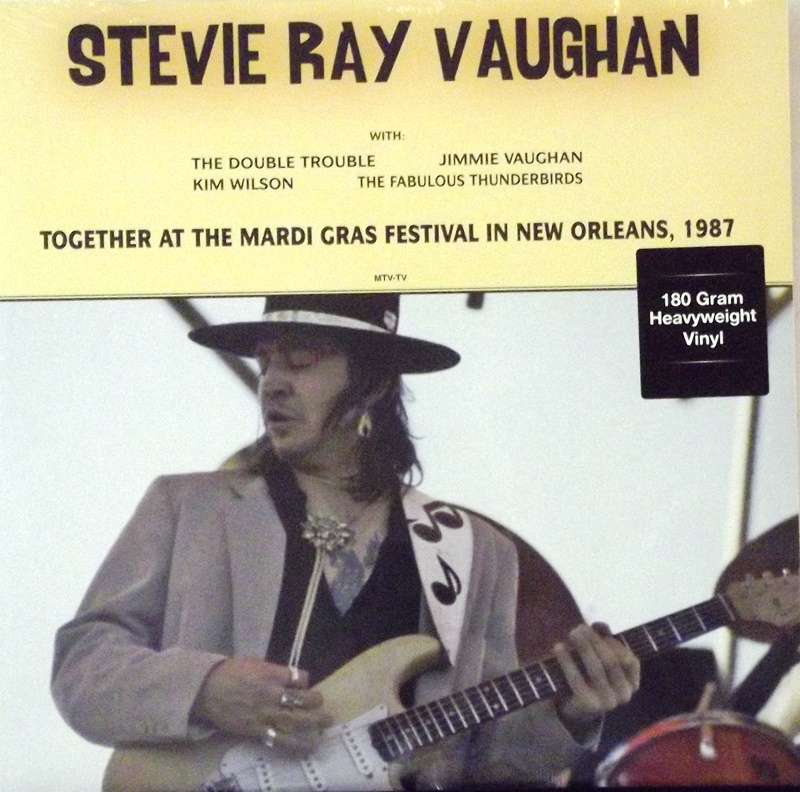 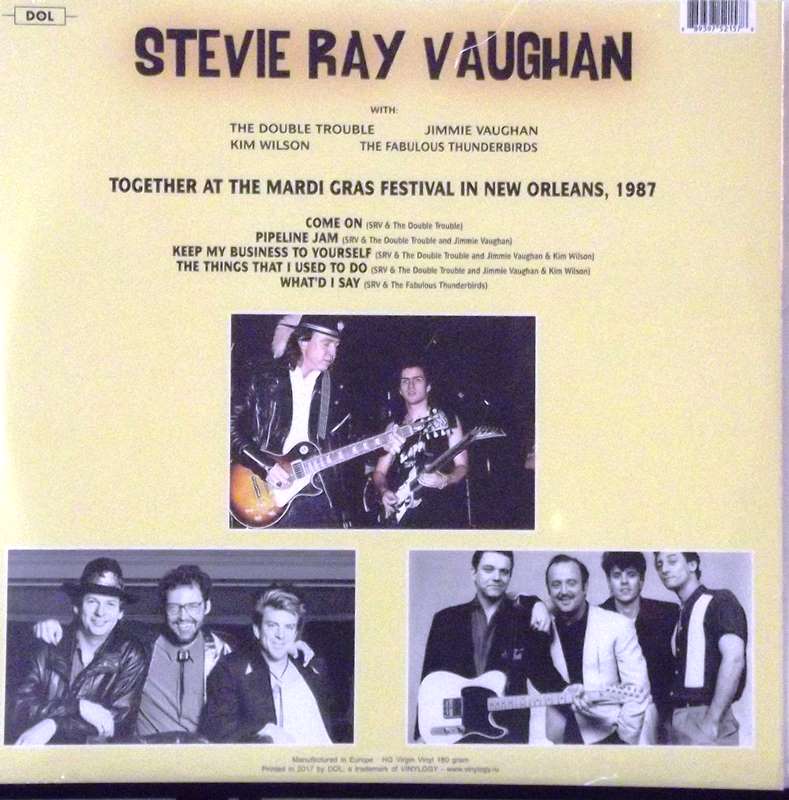 Together At The Mardi Gras Festival In New Orleans, 1987

Live At MTV Mardi Gras On 180g Vinyl LP!
Recorded at MTV's Mardi Gras celebration in February 1987, Stevie Ray Vaughan  turned this gig on a Louisiana riverboat into a family affair by bringing out  his brother Jimmie to play, along with Jimmie's bandmate Kim Wilson and their  group The Fabulous Thunderbirds.
"With his astonishingly accomplished guitar playing, Stevie Ray Vaughan  ignited the blues revival of the '80s. Vaughan drew equally from bluesmen like  Albert King, Otis Rush, and Muddy Waters and rock & roll players like Jimi  Hendrix and Lonnie Mack, as well as the stray jazz guitarist like Kenny Burrell,  developing a uniquely eclectic and fiery style that sounded like no other  guitarist, regardless of genre. Vaughan bridged the gap between blues and rock  like no other artist had since the late '60s. For the next seven years, Stevie  Ray was the leading light in American blues, consistently selling out concerts  while his albums regularly went gold. His tragic death in 1990 only emphasized  his influence in blues and American rock & roll." - Stephen Thomas Erlewine,  allmusic.com
Features: • 180g Vinyl • Import
Selections: 1. Come On - SRV & Double Trouble 2. Pipeline Jam - SRV & Double Trouble with Jimmie Vaughan 3. Keep My Business To Yourself - SRV & Double Trouble with Jimmie Vaughan & Kim  Wilson 4. The Things That I Used To Do - SRV & Double Trouble with Jimmie Vaughan & Kim  Wilson 5. What'd I Say - SRV with The Fabulous Thunderbirds