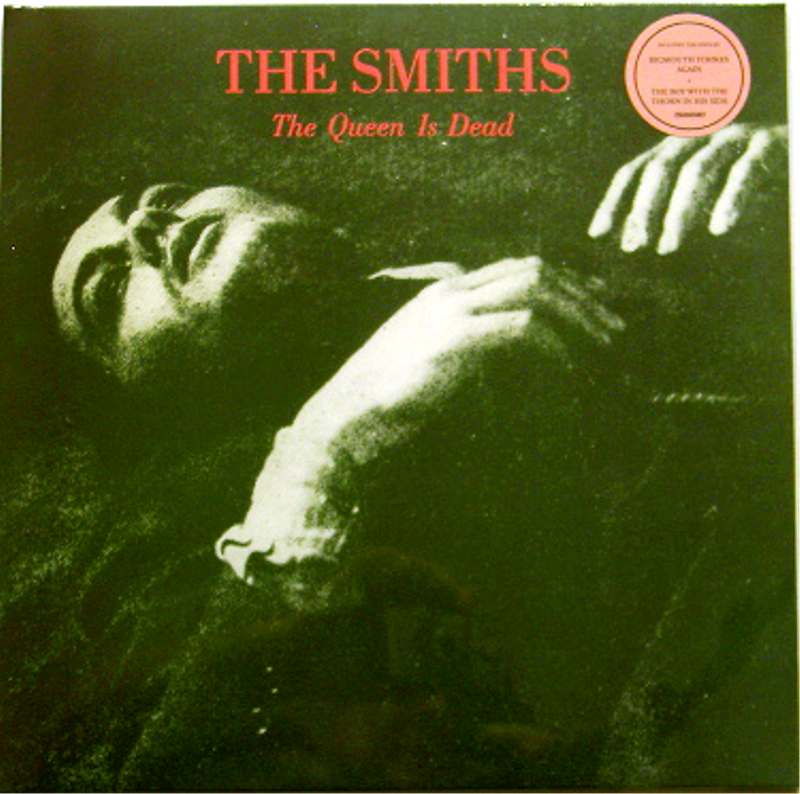 The Queen is Dead

The Queen Is Dead is the third studio album by the English rock band the Smiths. It was released on 16 June 1986 in the United Kingdom by Rough Trade Records and released in the United States on 23 June 1986 through Sire Records.

The album spent twenty two weeks on the UK Albums Chart, peaking at number two. Across the Atlantic, it reached number 28 in Canada on the RPM 100 album chart[1] and number 70 on the Billboard 200 chart, and was certified Gold by the RIAA in late 1990. It has sold consistently well ever since and has received unanimous critical acclaim, with NME listing it as the greatest album of all time in 2013.[2]

Side 1:
The Queen Is Dead (Take Me Back to Dear Old Blighty)
Frankly, Mr. Shankly
I Know It's Over
Never Had No One Ever
Cemetry Gates

Side 2:
Bigmouth Strikes Again
The Boy With the Thorn in His Side
Vicar in a Tutu
There Is a Light That Never Goes Out
Some Girls Are Bigger Than Others