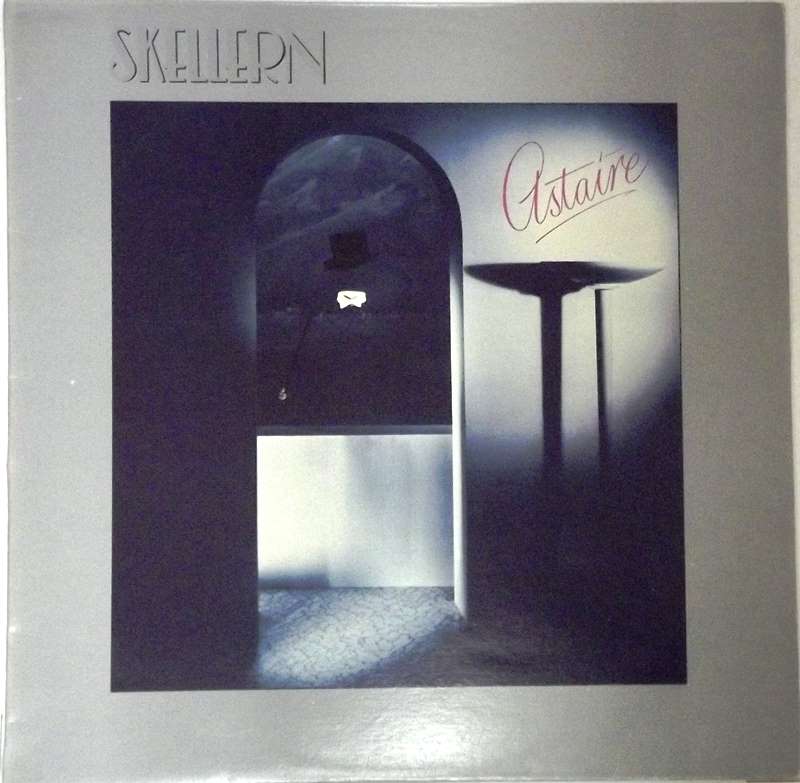 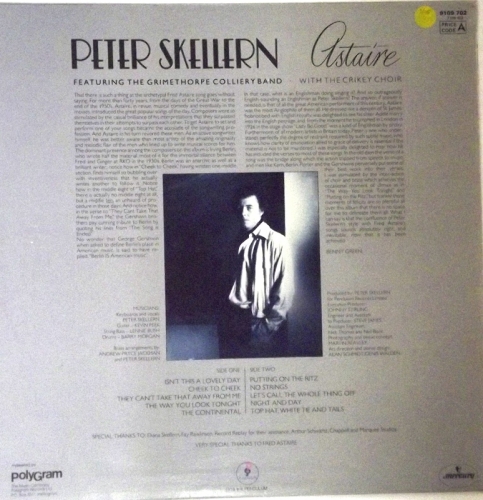 Peter Skellern (14 March 1947[1] – 17 February 2017) was an English singer-songwriter and pianist. The use of brass bands and choirs in his music to create a nostalgic and romantic feel became his trademark.[2][3] In October 2016, he was ordained as a priest of the Church of England, and died four months later from brain cancer.

Peter Skellern was born in Bury, Lancashire. He attended Derby High School, playing the organ at St Michael's Church in Bolton during his early years, and studied piano at the Guildhall School of Music and Drama.[4] He later joined the pop groups Harlem and March Hare.[4]

Skellern's first song to become a hit was "You're a Lady" in 1972. The record featured choir-rockers the Congregation, who had recorded "Softly Whispering I Love You" which reached number three on the UK Singles Chart[5] and number 50 in the United States Billboard Hot 100.[6] In France, that same year, the song was covered by folk singer Hugues Aufray under the title "Vous ma lady", followed later in the year by Brigitte Bardot with Laurent Vergez in a duet version released on 3 January 1973.[7] Success for Skellern followed three years later with "Hold On to Love" which reached number 14 on the UK chart. He also sang the theme song to the TV series Billy Liar (1973). For three years in the 1970s he worked on BBC Radio 4's Stop the Week.[4] A non-charting song, "Too Much I'm in Love", received radio play.

In 1978 Skellern had a minor hit with the 1930s song "Love Is the Sweetest Thing" (which featured backing by the Grimethorpe Colliery Band), winning the Music Trades Association award for best middle of the road song. This followed his departure from Island Records after his previous album, Hard Times, had failed to chart despite a guest appearance by George Harrison.[8]

In 1981 he wrote, composed and performed in a series of musical playlets for the BBC called Happy Endings. Two years later he hosted the Private Lives television chat show. He wrote the lyrics for the song "One More Kiss, Dear" from the film Blade Runner (1982).

In 1984, Skellern performed the theme song for the London Weekend Television programme Me and My Girl.[4] In the same year, he formed a group called Oasis with cellist Julian Lloyd Webber and Mary Hopkin. The group released a self-titled album in 1984 on the Warner Bros. Records label which earned a silver record. The group performed live on television, but a planned concert tour was cancelled when Mary Hopkin became ill.

In 1987, Skellern wrote and performed the theme music and song for the Yorkshire Television series Flying Lady.[9]

Skellern provided the voice of Carter Brandon in the BBC Radio adaptations of Peter Tinniswood's Uncle Mort's North Country. The show was produced by Pete Atkin.

Skellern collaborated with Richard Stilgoe in cabaret and in musical comedy with comic songs such as "Joyce the Librarian".[4] They released three live albums; A Quiet Night Out, By the Wey and Who Plays Wins.

Toward the end of his career Skellern wrote pieces of sacred choral music, including "Waiting for the Word" (which was written for the BBC's Songs of Praise programme of 19 August 2001), Six Simple Carols and The Nativity Cantata written for a Hemel Hempstead choir, the Aeolian Singers. The work was first performed by them in 2004 and was later recorded.

In October 2016, it was revealed that Skellern had developed an inoperable brain tumour and that he had fulfilled a lifelong calling to be ordained in the Church of England. Under a special faculty from the Archbishop of Canterbury, he was ordained both as a deacon and priest on 16 October 2016 by the Bishop of Truro.[10]

Skellern died as a result of the brain tumour in February 2017 at the age of 69. He was survived by his wife Diana and his two children.[11]