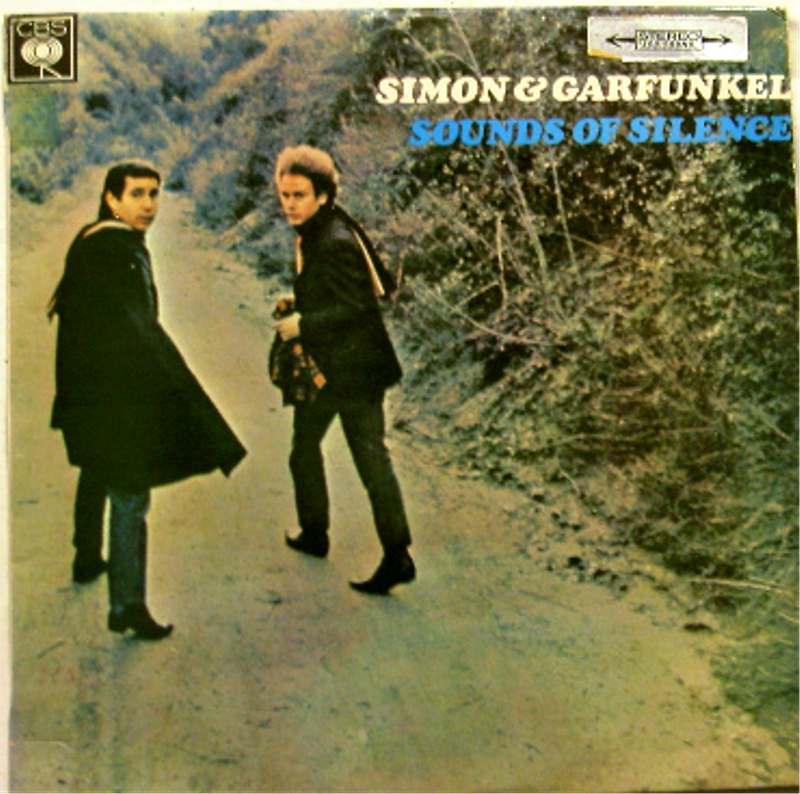 Sounds of Silence is the second studio album by Simon & Garfunkel, released on January 17, 1966. The album's title is a slight modification of the title of the duo's first major hit, "The Sound of Silence", which originally was released as "The Sounds of Silence".[2] The song had earlier been released in an acoustic version on the album Wednesday Morning, 3 A.M., and later on the soundtrack to the movie The Graduate. Without the knowledge of Paul Simon or Art Garfunkel, electric guitars, bass and drums were overdubbed by Columbia Records staff producer Tom Wilson on June 15, 1965.[3][4] This new version was released as a single in September 1965, and opens the album.

"Homeward Bound" was released on the album in the UK, placed at the beginning of Side 2 before "Richard Cory". It was also released as part of the box set Simon & Garfunkel Collected Works, on both LP and CD. Many of the songs in the album had been written by Paul Simon while he lived in London during 1965.

Solo acoustic versions of "I Am a Rock", "Leaves That Are Green", "April Come She Will", "A Most Peculiar Man", and "Kathy's Song" had appeared on The Paul Simon Songbook, released in August 1965 in England as had another version of the title track. "Richard Cory" was based on a poem by Edwin Arlington Robinson, "Somewhere They Can't Find Me" was essentially a rewrite of the previous album's "Wednesday Morning, 3 A.M.", "We've Got a Groovy Thing Goin'" had appeared on the b-side of "The Sound of Silence" a few months before and "Anji" was a cover of an instrumental piece by guitarist Davey Graham whom Simon had met in England. Hence the only brand new Paul Simon composition on the album was "Blessed".