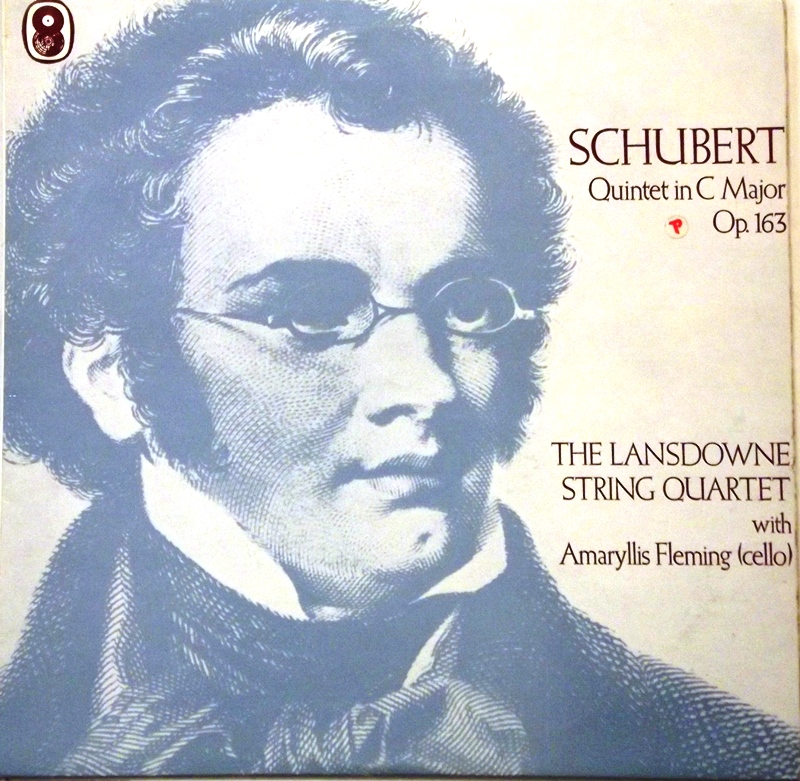 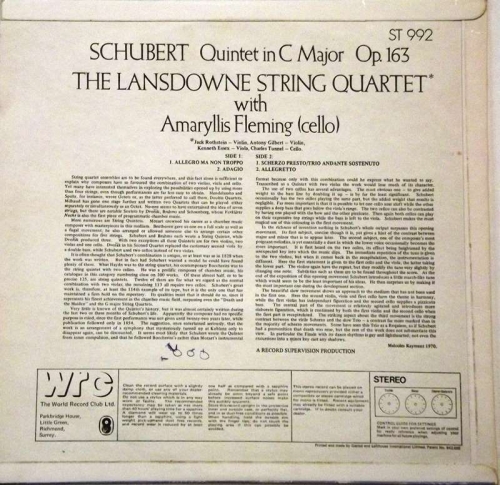 Franz Schubert's final chamber work, the String Quintet in C major (D. 956, Op. posth. 163) is sometimes called the "Cello Quintet" because it is scored for a standard string quartet plus an extra cello instead of the extra viola which is more usual in conventional string quintets. It was composed in 1828 and completed just two months before the composer's death. The first public performance of the piece did not occur until 1850, and publication occurred three years later in 1853. Schubert's only full-fledged string quintet, it has been praised as "sublime" and as possessing "bottomless pathos," and is generally regarded as Schubert's finest chamber work as well as one of the greatest compositions in all chamber music.[1][2][3]:183 [4]