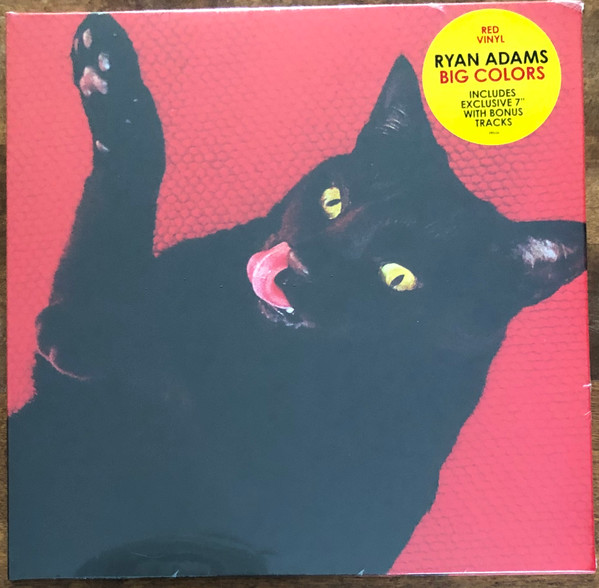 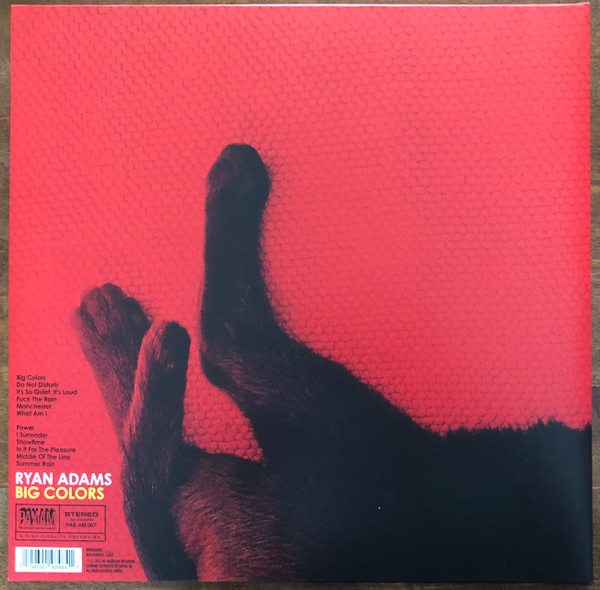 Big Colors is the eighteenth studio album by American singer-songwriter Ryan Adams. Originally slated for release on April 19, 2019, it was delayed following sexual misconduct allegations against Adams. It was eventually released on June 11, 2021 through Adams's label PAX AM.

In January 2019, Adams announced his plans to release three albums that calendar year.[2] The first, Big Colors, was due to be released on April 19 and feature 15 tracks. The second, Wednesdays, was to feature 17 tracks and did not yet have a confirmed release date. Adams did not disclose the name of the third album.[2][3] To promote Big Colors, Adams premiered the tracks "Doylestown Girl" and "Manchester" on radio and released "Fuck the Rain" as the official lead single from the album. He also announced a UK tour.[3]

The release of all three albums was put on hold after The New York Times published an article in February 2019 in which several women, including Adams's ex-wife Mandy Moore, Phoebe Bridgers, and an underage fan, accused him of abuse and sexual misconduct.[4] "Fuck the Rain" was removed from streaming services and the UK tour was cancelled.[5][6] Adams has denied the allegations.[7]

On December 11, 2020, Adams eventually surprise-released Wednesdays with a revised track listing, including several tracks originally announced for inclusion on Big Colors.[8] The YouTube description of the music video to the Wednesdays track "I'm Sorry and I Love You" mentioned that Wednesdays was to be the first in a trilogy of albums, including the previously mentioned Big Colors and a third album called Chris.[9] On April 23, 2021, Adams surprise-released "Do Not Disturb" as the lead single from the revised edition of Big Colors on digital services. A release date of June 11 was later announced in May along with a statement from Adams: "Big Colors was created as a 1980s soundtrack to a movie that never existed. Wednesdays was a study of decline and morality; Big Colors is meant to feel like a daydream. New York, where this album was written, always propels me into new, unexpected creative spaces and this album happened to me, more than I can say I happened to it."[10