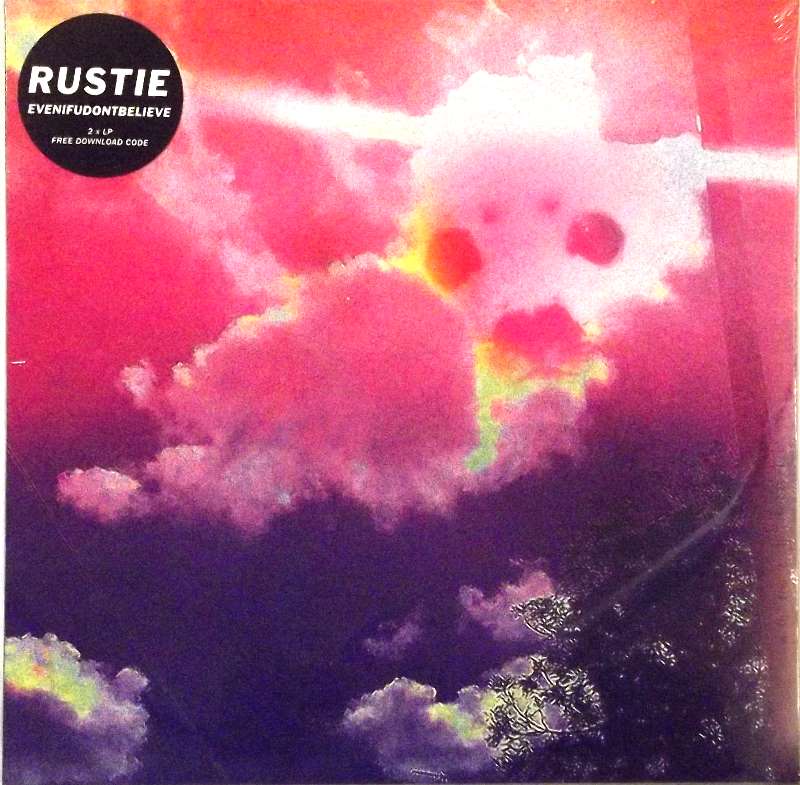 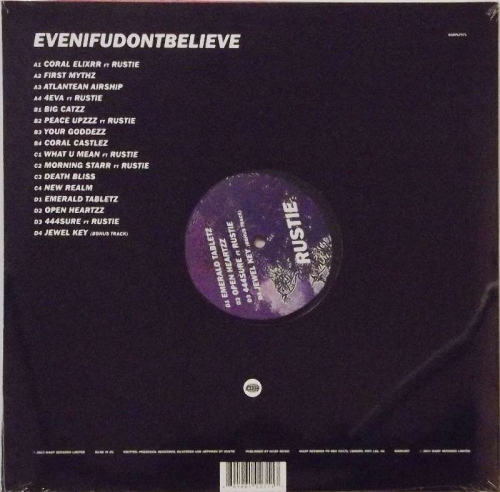 It's strange to think that Rustie's debut album came out only four years ago; so much has changed since in its wake. When Glass Swords appeared, in the fall of 2011, it was measured primarily against dubstep's yardstick, praised in part for how far it had stretched the limits of that form. Nobody talks about dubstep any more. These days, as far as swaggering, hard-knuckled electronic music goes, trap rules the roost—thanks in no small part to Glass Swords, which along with Hudson Mohawke and AraabMuzik proved that Southern rap beats plus needle-nosed synths could make for an even more invigorating rave soundtrack than dubstep did.

Glass Swords wasn't just a dubstep or trap album, of course; part of its genius was the way that it spun so many sounds and ideas into a bright, high-energy electro-funk whose central contradiction—brittle in sound, pliant in structure—turned out to be visionary. (Rustie deserves some credit for dreaming up the sound that SOPHIE and PC Music would run with: Without "Hover Traps", there'd be no "Lemonade" or "Hard".) Perhaps that inventiveness is why it took the Glasgow producer nearly three years to come up with a follow-up: last year's Green Language, a mixed bag that balanced his giddy hyper-funk instrumentals with relatively standard-issue trap. Distancing himself from that album, Rustie now complains that it was "too A&Red," his vision compromised by managers and outside influences. And just a little more than a year after that album, he's back with a new one, the surprise release EVENIFUDONTBELIEVE, and it represents a hard left turn back towards Rustie's carefully tended turf.

There is no doubting who is in control of his vision this time around. There are no cloud-rap forays, no ballads, no grime MCs, no features at all—well, not unless you count the five songs credited "(feat. Rustie)," in which the producer sings and plays guitar (not that you would necessarily know it from listening to the songs). Tongue-in-cheek though the gesture may be, the funny thing about the distinction is how little difference is detectable between the songs "featuring" Rustie and those that are just by him. Both incorporate vocal chops frothed to high heaven, like towering Everests of Cool Whip; both are topped by soaring, tremolo-shaken synth leads; and both are driven forward by churning rhythms that split the difference between hardstyle's 160-BPM kicks and trap's lumbering syncopations.

It is a rawer, scrappier record than either of his prior LPs, and the way he flips the bird at conventional notions of fidelity is almost punk. The high end often has the crinkly cellophane quality of low-bitrate MP3s, and there's so much information being stuffed into the treble register that it occasionally registers as buzz. His drums are plenty forceful—his kicks and snares, in particular, sound like they've been pushed deeply into the red and then run through even more distortion, just for fun—but it lacks the sub-bass of most trap, preferring to muster all its energies for a mid-range wallop that thumps you in the sternum. The rolling toms of "Big Catzzz" sounds like he's recorded them off Fury Road with his iPhone.

If his sonics are idiosyncratic, his structures are less so. A typical track consists of a minute-long introduction, 30 seconds of the main theme, a minute of pullback, a 30-second return to the main theme, and, finally, a tidy denouement and fadeout. Everything in the song—the rolling drums, the looped voices, the smeared synths, the crescendos of white noise—leads up to that big hit of adrenaline. What's even more striking is how similar the main themes sound, once you subtract all the surrounding flotsam and jetsam. If you placed the album's biggest hooks side by side, it'd sound like one song, uniform in mood, instrumentation, and tone color.

Is that a problem? It all depends upon your tolerance. If the idea of mixing Pop Rocks in your breakfast Mountain Dew sounds good to you (or if, like Rustie, you listen to happy hardcore to go to sleep), then EVENIFUDONTBELIEVE will be right up your alley. For the rest of us, there are some genuine thrills (sorry, thrillz) here: "First Mythz", with its dolphin clicks and bullet-riddled hi-hats; the calmer "Atlantean Airship", which sounds like Glass Swords-era Rustie curdled by acidic distortion. "Peace Upzzz" is one of the few songs that actually refuses a big payoff: It's all crescendo and no climax, and better for it.

For those who aren't fully on board with Rustie's aesthetic, exhaustion sets in quickly, and the slope of diminishing returns is steep. And that's probably just fine with him, because this is a one-man rollercoaster, from the "features" to the credits ("Written by Rustie/ Produced by Rustie/ Extra vocals by Rustie/ Guitar by Rustie/ Art direction by Rustie/ Photography by Rustie"). There is zero daylight between the artist and his vision, as he pounds tirelessly away at one very specific idea. It is less an album than a set of 15 variations upon a single theme. It is the Rustiest album possible, and you have to respect that kind of doggedness.