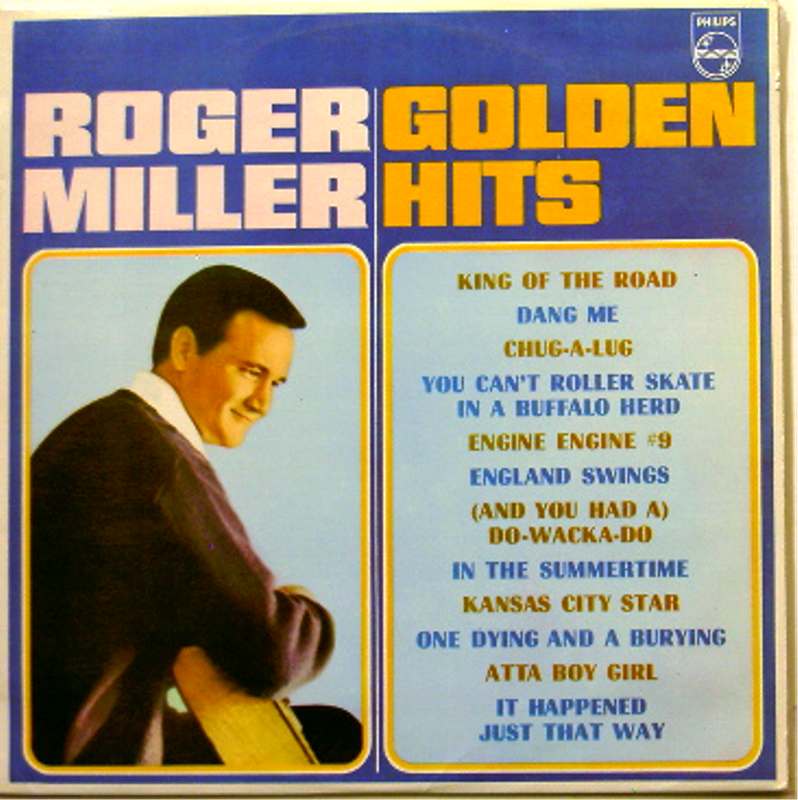 Blessed with a sly sense of humor and a warm conversational singing style, distinctive entertainer ROGER MILLER's laid back delivery served him well in the mid-sixties, roping in country and pop fans with equal ease. Previously a hit songwriter for RAY PRICE, JIM REEVES and ERNEST TUBB, MILLER came into his own via sharp novelties like the playful scat-fest DANG ME, child-like singalong YOU CAN'T ROLLER SKATE IN A BUFFALO HERD and "been there done that" drinkin' ditty CHUG-A-LUG. Showcasing his more serious side, the sublime finger-snappin' hobo saga KING OF THE ROAD reigns as one of the greatest country singles to ever cross over to the pop charts...it even spawned JODY MILLER's (no relation) answer single QUEEN OF THE HOUSE, not to mention an eighties cover by jangle rockers R.E.M. A keen observational wit, uncluttered instrumentation (KING OF THE ROAD has little more than bass and drums backing it) and genuine charisma were the tools of ROGER MILLER's trade...his raw talent shines through on every track of SMASH RECORDS' delightful GOLDEN HITS.