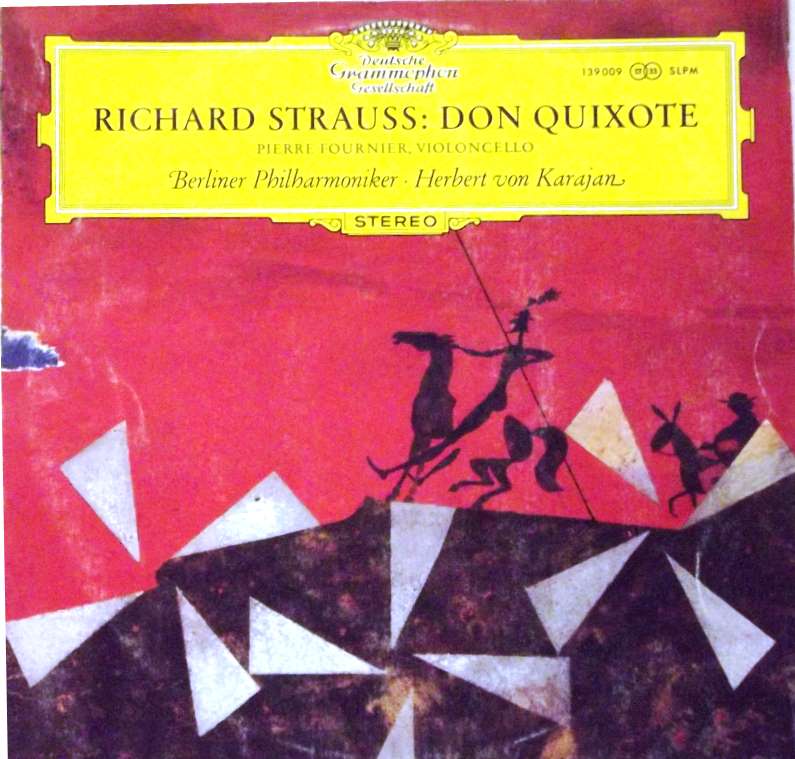 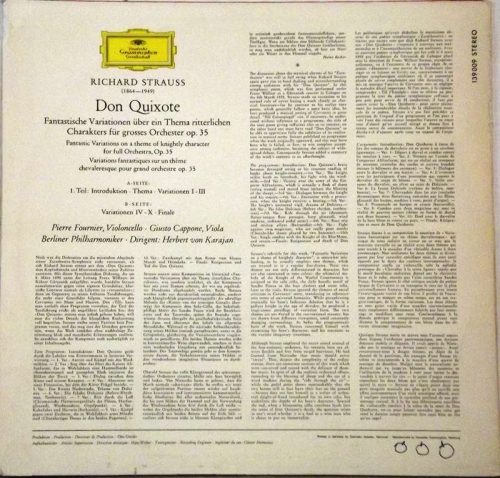 Don Quixote, Op. 35 is a tone poem by Richard Strauss for cello, viola and large orchestra. Subtitled Phantastische Variationen über ein Thema ritterlichen Charakters (Fantastic Variations on a Theme of Knightly Character), the work is based on the novel Don Quixote de la Mancha by Miguel de Cervantes. Strauss composed this work in Munich in 1897. The premiere took place in Cologne on 8 March 1898, with Friedrich Grützmacher as the cello soloist and Franz Wüllner as the conductor.[1]

The score is 45 minutes long and is written in theme and variations form, with the solo cello representing Don Quixote, and the solo viola, tenor tuba, and bass clarinet depicting the comic Sancho Panza. The second variation depicts an episode where Don Quixote encounters a herd of sheep and perceives them as an approaching army. Strauss uses dissonant flutter-tonguing in the brass to emulate the bleating of the sheep, an early instance of this extended technique. Strauss later quoted this passage in his music for Le bourgeois gentilhomme, at the moment a servant announces the dish of "leg of mutton in the Italian style".[2]

All of the episodes are taken directly from the Cervantes novel.