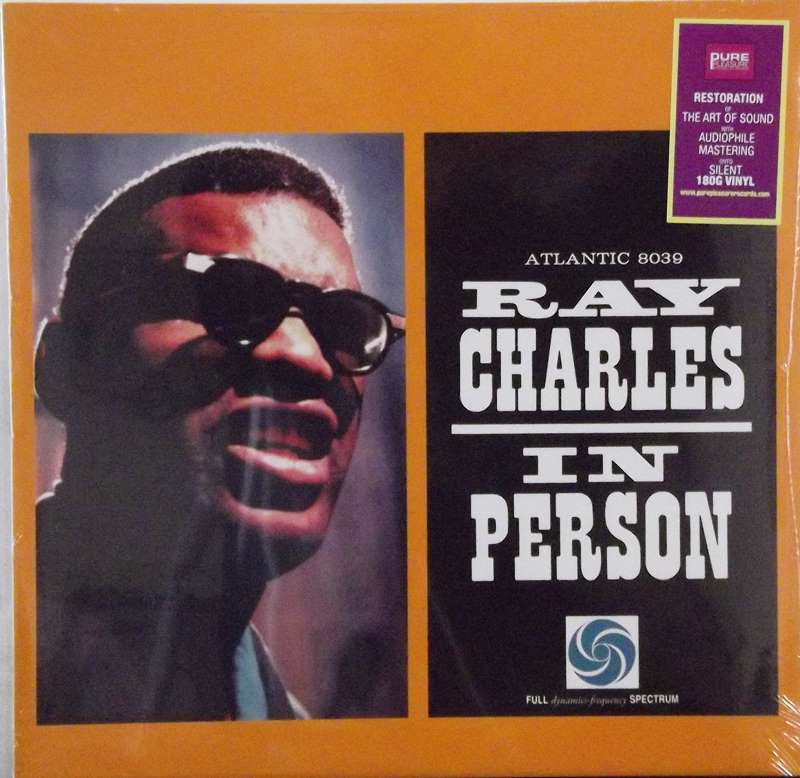 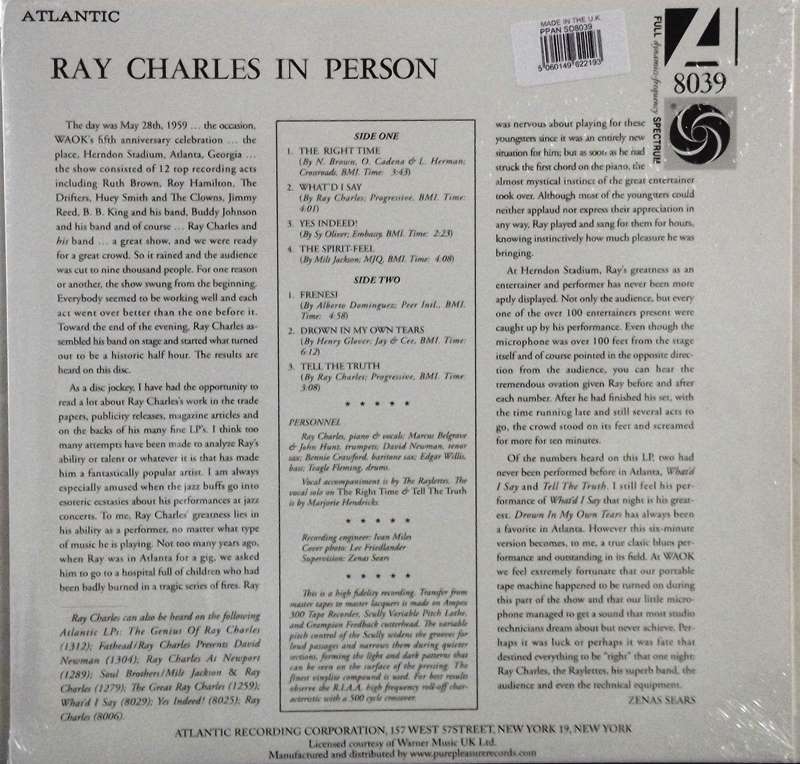 In Person is a live album recorded by Ray Charles on May 28, 1959 on a rainy night in Atlanta, Georgia at Morris Brown College's Herndon Stadium. All tracks from this album together with those from Ray Charles at Newport were also released on the 1987 Atlantic compilation CD, Ray Charles Live.

The album was recorded by the concert sponsor, radio station WAOK. The station's lead disk jockey, Zenas "Daddy" Sears, recorded the album from the audience using a single microphone. The album is noted for its technical excellence in balancing band, singer, and audience, and also for its documentation of the jazzy R&B Ray Charles sound prior to his great crossover success.