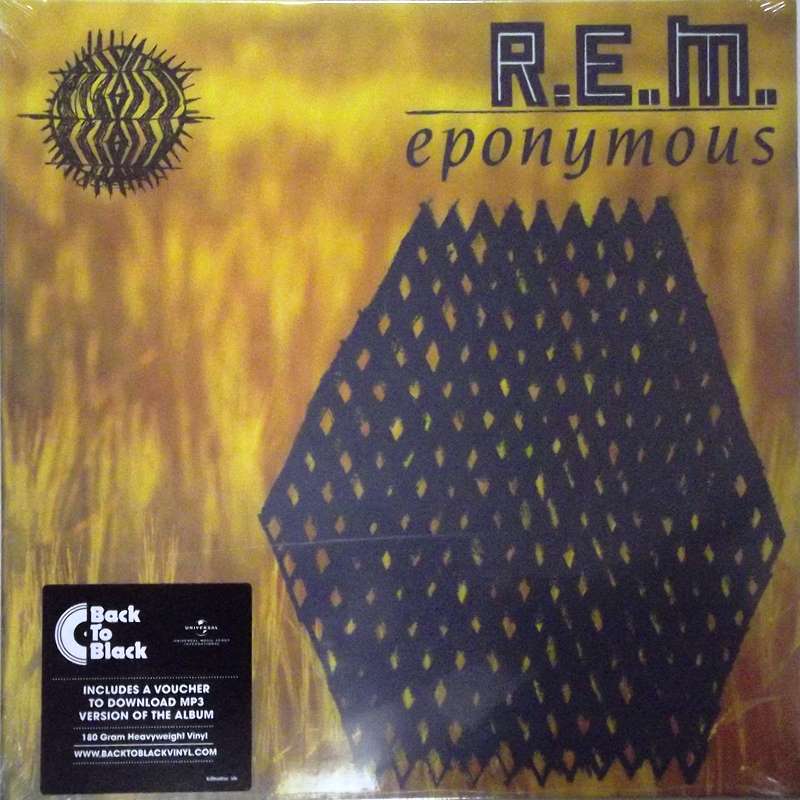 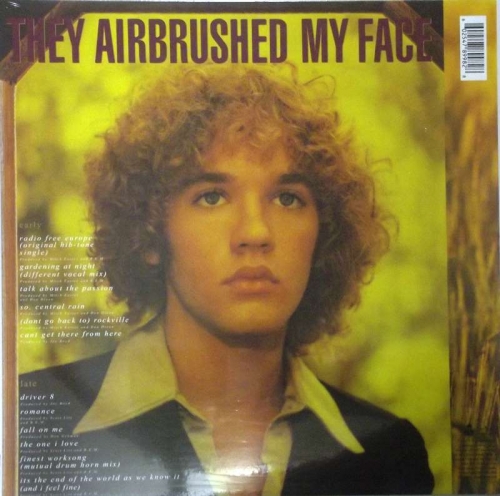 Eponymous is the first greatest hits and the second compilation album by American alternative rock band R.E.M., released in 1988. It was their last authorizedrelease on I.R.S. Records, to whom they had been contracted since 1982, having just signed with Warner Bros. Records.

Eponymous is notable for its inclusion of several rare or alternative versions of known tracks, most notably the soundtrack contribution "Romance", which had not previously appeared on an R.E.M. record. Spanning from the initial single release of "Radio Free Europe" to the previous year's breakthrough hit album Document, Eponymous provides a fair overview of R.E.M.'s early work.

The album features the alternate title "File Under Grain", a reference to the cover photograph. A previous album, Document, had "File Under Fire" inscribed on it and Reckoning, featured the words "File Under Water". On the backside of the LP cover was a photograph of singer Michael Stipe with the words "They Airbrushed My Face" above his head.