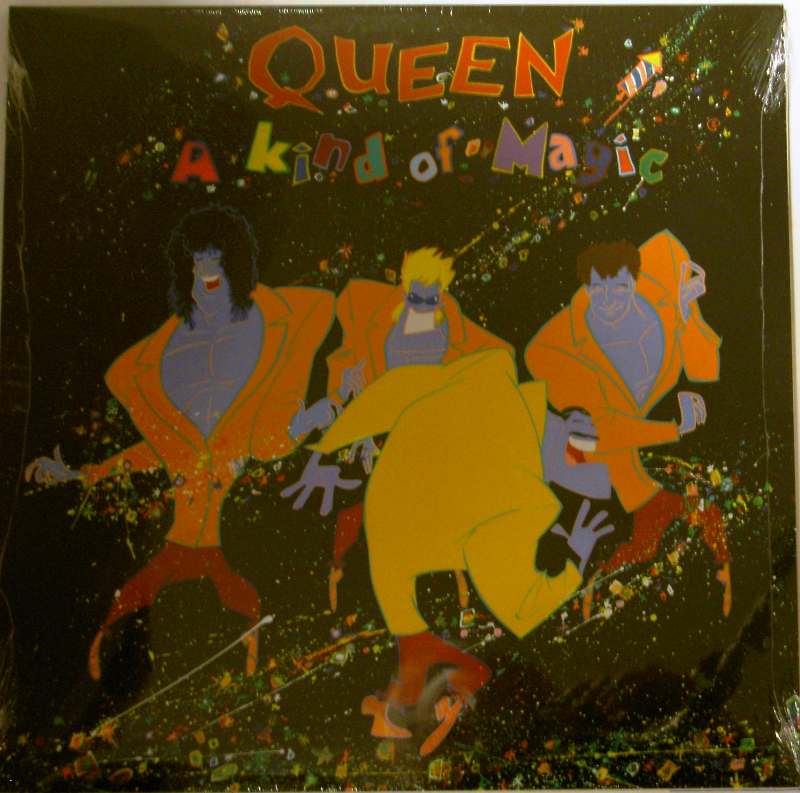 A Kind of Magic

A Kind of Magic is the twelfth studio album by British rock band Queen, released in 1986. It was their first studio album to be recorded digitally, and is based on the soundtrack to the film Highlander, the first in a series directed by Russell Mulcahy.

Although Queen would release another two albums with Freddie Mercury (excluding posthumous releases), A Kind of Magic would turn out to be the band's last album promoted with a concert tour, because of Mercury's diagnosis with AIDS the following year, which subsequently caused his death in 1991. For the first time in their career, the band allowed filming of them while they were in the recording studio. The video for "One Vision" shows them in various stages of writing and recording the song.

A Kind of Magic reached #1 in the UK, selling 100,000 copies in its first week, and remained in the UK charts for 63 weeks [2] and sold about 6,5 million copies worldwide (1,2 million in UK only). The album spawned three hit singles: the album's title track "A Kind of Magic", "One Vision" and "Friends Will Be Friends".[3] The sixth track on the album, "Who Wants to Live Forever", features an orchestra conducted by Michael Kamen, while the last track, "Princes of the Universe", is the theme song to Highlander.[4]