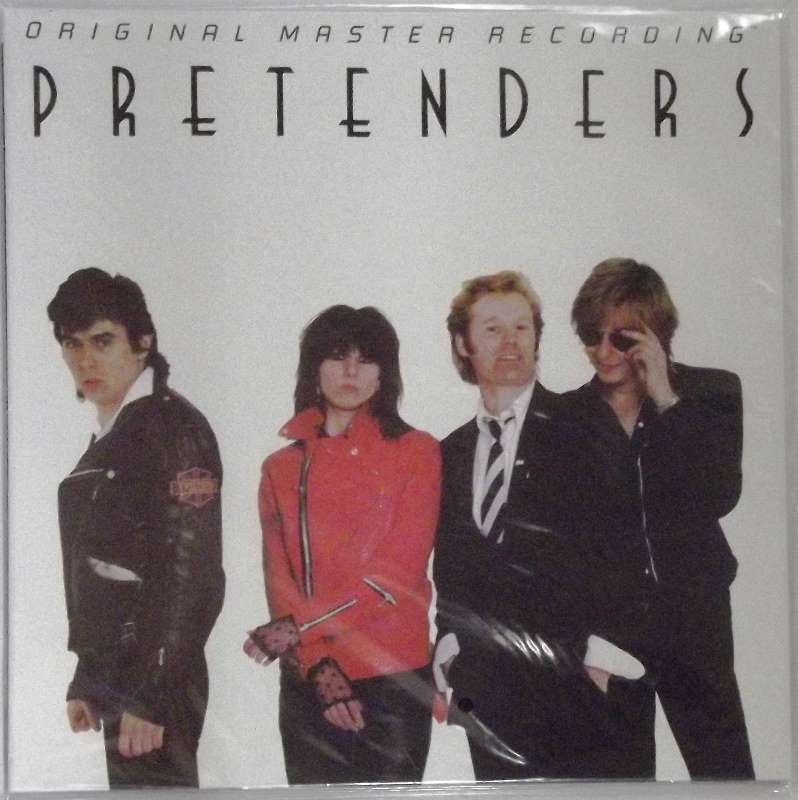 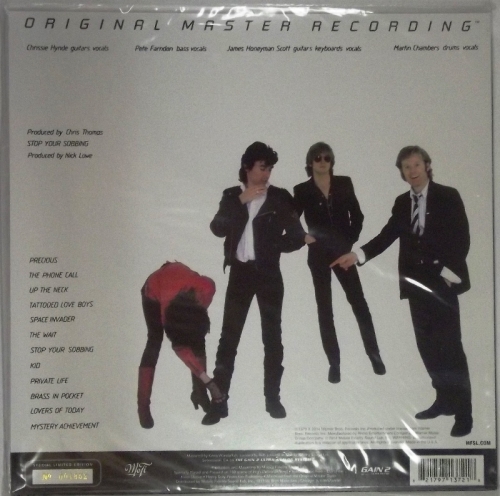 Pretenders is the debut studio album by the British-American band the Pretenders, released on 7 January 1980 under Real Records (Sire Records in the United States). A combination of rock, punk and pop music, this album made the band famous. The album features the singles "Stop Your Sobbing", "Kid" and "Brass in Pocket".

Nick Lowe produced the Pretenders' first single, "Stop Your Sobbing", but decided not to work with them again as he thought the band was "not going anywhere".[11] Chris Thomas took over on the subsequent recording sessions.

Pretenders was remastered and re-released in 2006 and included a bonus disc of demos, B-sides and live cuts, many previously unreleased. "Cuban Slide" and "Porcelain" originally appeared as B-sides to "Talk of the Town" and "Message of Love", while "Swinging London" and "Nervous But Shy" both appeared on the flip side of "Brass in Pocket". The Regents Park Demo of "Stop Your Sobbing" was included initially as a flexi-single in the May 1981 edition of Flexipop magazine. The tracks "Message of Love", "Talk of the Town", "Porcelain" and "Cuban Slide" alongside a live version of the album's opening track, "Precious", were released on a follow-up EP entitled Extended Play soon after.

Pretenders was also reissued in 2009 by Audio Fidelity as a limited-edition audiophile gold CD, using the original master tapes. However, this remaster suffered from unauthorized, heavy limiting supposedly applied after engineer Steve Hoffman's digital master was created and approved for CD manufacturing. The song "The Phone Call" is missing some of the telephone effects on this release because the effects were "flown in" after the master was completed for the song and, as a result, weren't on the original master tape.[13][14] There were no bonus tracks included.

A shortened version of "Tequila" would be performed nearly fifteen years later on the Last of the Independents. "Sabre Dance" features Chrissie Hynde singing portions of "Stop Your Sobbing" over lengthy solos by James Honeyman-Scott and Martin Chambers' insistent drumming, making it a truly unique version.