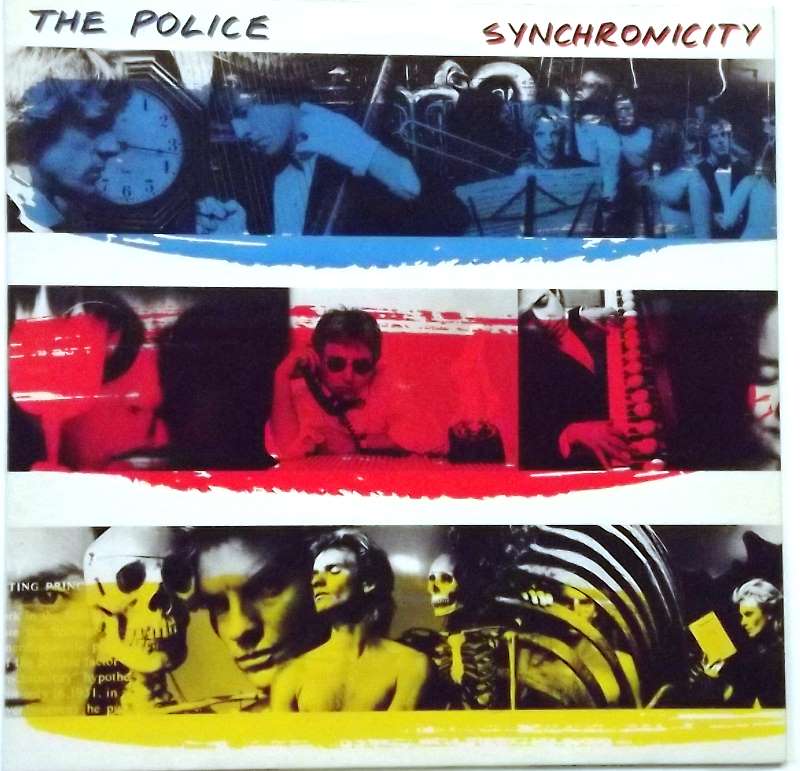 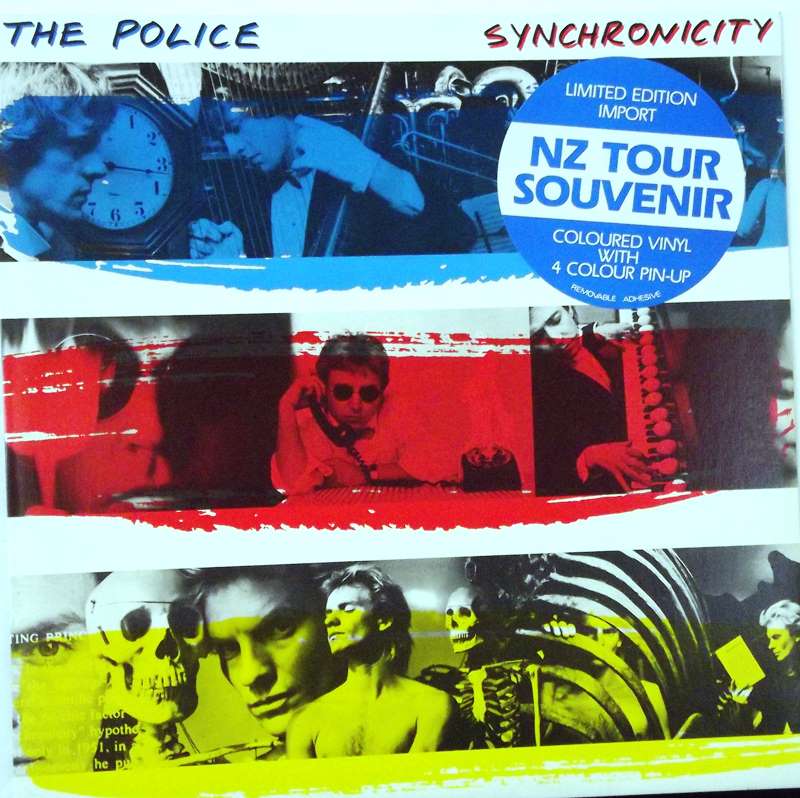 Synchronicity is the fifth and final studio album by English rock band the Police, released in the United Kingdom on 17 June 1983.[2] The band's most successful release, the album includes the hit singles "Every Breath You Take", "King of Pain", "Wrapped Around Your Finger", and "Synchronicity II". The album's title and much of the material for the songs were inspired by Arthur Koestler's The Roots of Coincidence. At the 1984 Grammy Awards the album was nominated for a total of five awards including Album of the Year and won three. At the time of its release and following its tour The Police were hailed as the "Biggest Band in the World".[3][4]

The album reached number one on both the UK Albums Chart and the U.S. Billboard 200, and sold over 8 million copies in the U.S. Synchronicity was widely acclaimed by critics. Praise centred on its cohesive merging of disparate genres and sonic experimentation. Rolling Stone described "each cut on Synchronicity [as] not simply a song but a miniature, discrete soundtrack."[5] It has since been included on their lists of the "100 Best Albums of the Eighties"[6] and the "500 Greatest Albums of All Time".[7]