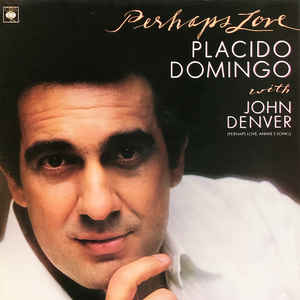 Perhaps Love is a 1981 crossover album by operatic tenor Plácido Domingo. First released in the United States in October 1981, within half a year it had achieved gold record status. It was certified as platinum by the end of the decade. The title song is a vocal duet between Domingo and its composer John Denver. It was released as a single, peaking at #22 on the U.S. Billboard Adult Contemporary chart and #59 on the Hot 100 chart. Never going out of print, the song sold almost four million copies by 2008.[1] The album was released on CD in 1990 and again in 2008.