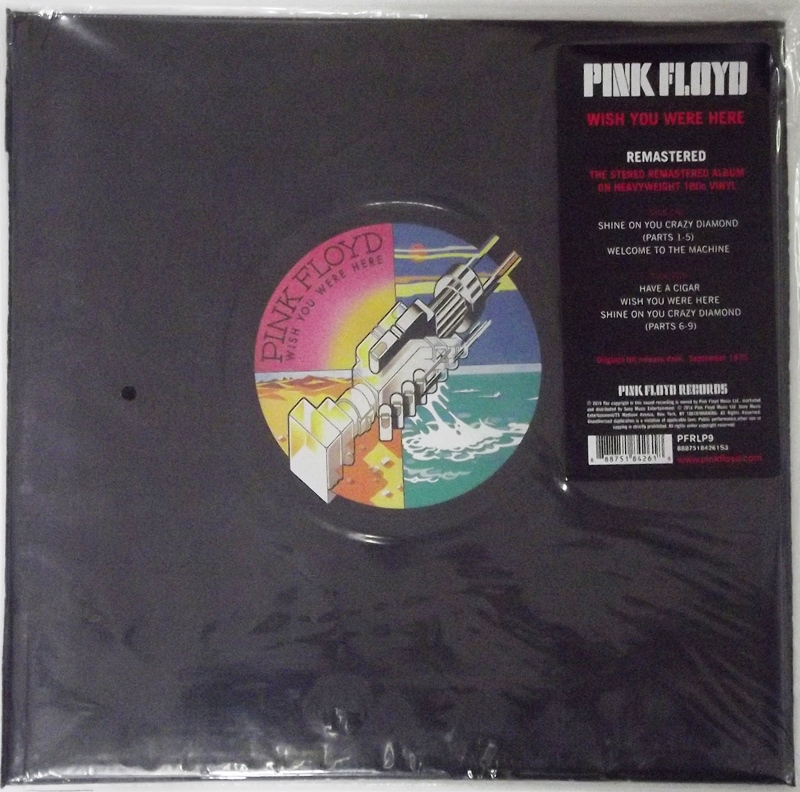 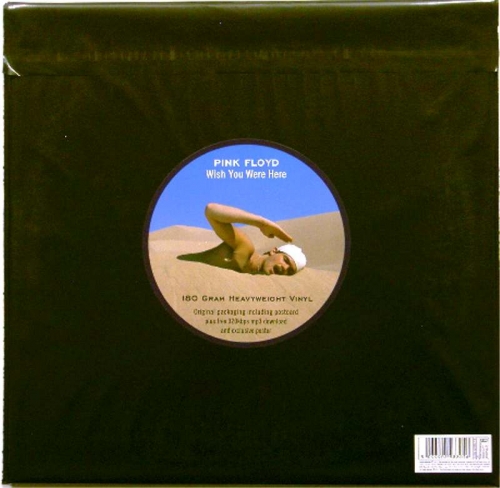 Wish You Were Here is the ninth studio album by the English rock band Pink Floyd, released on 12 September 1975 by Harvest Records in the United Kingdom and a day later by Columbia Records in the United States. Inspired by material the group composed while performing around Europe, Wish You Were Here was recorded during numerous recording sessions at Abbey Road Studios in London, England. Some of the songs on the album critique the music business, others express alienation and the track "Shine On You Crazy Diamond" is a tribute to Syd Barrett, whose mental breakdown had forced him to leave the group seven years earlier after the release of the group's debut studio album The Piper at the Gates of Dawn. It was also lead writer Roger Waters's idea to split "Shine On You Crazy Diamond" into two parts and use it to bookend the album around three new compositions, introducing a new concept as the group had done with their previous album, The Dark Side of the Moon. As with The Dark Side of the Moon, the band used studio effects and synthesizers, and brought in guest singers to supply vocals on some tracks of the album. These singers were Roy Harper, who provided the lead vocals on "Have a Cigar", and the Blackberries, who added backing vocals to "Shine On You Crazy Diamond".

Wish You Were Here was an instant commercial success (despite the fact that Harvest Records' parent company EMI was unable to print enough copies of the album to satisfy commercial demand), and although it initially received mixed reviews, the album has since gone on to receive critical acclaim. It appears on Rolling Stone's lists of "The 500 Greatest Albums of All Time" and the "50 Greatest Prog Rock Albums of All Time". Band members Richard Wright and David Gilmour have cited Wish You Were Here as their favourite Pink Floyd album, and many critics and fans have considered the album to be the band's magnum opus.