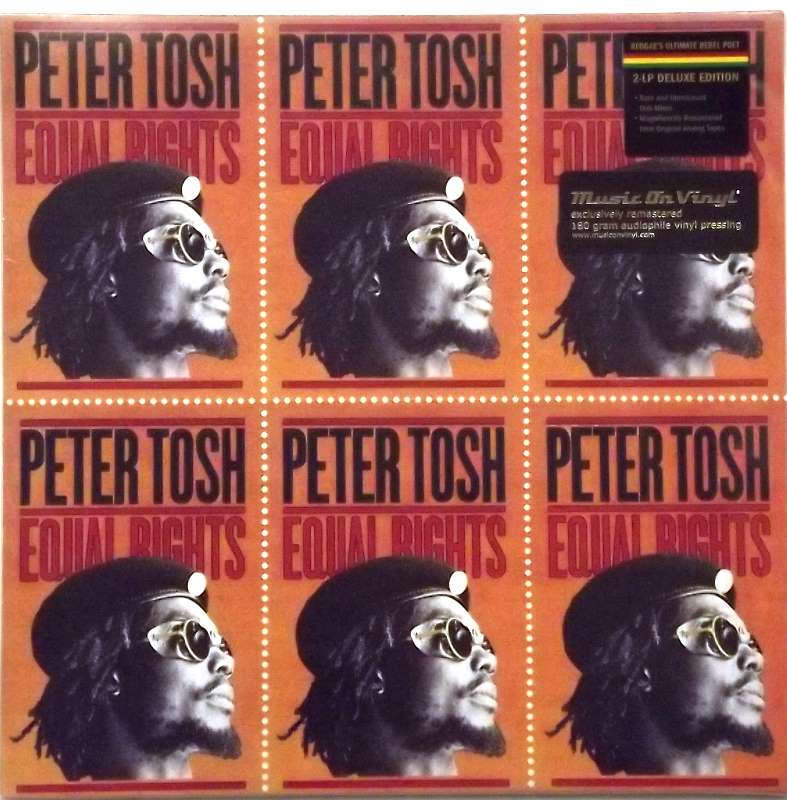 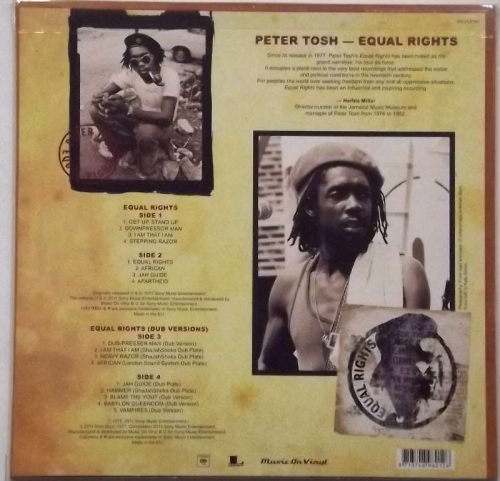 Sealed deluxe 180 gram  double LP edition remastered from the original analogue tapes. Made in the EU.

Equal Rights is the second studio album by Peter Tosh. It was released in 1977 (see 1977 in music) on Columbia Records.

The song "Get Up, Stand Up", which was co-written by Tosh, was originally a single by Tosh's previous band, The Wailers, from their 1973 album Burnin'. "Downpressor Man" is a cover of a "Sinner Man." "I Am that I Am" refers to a religious concept commonly referred to by that phrase.