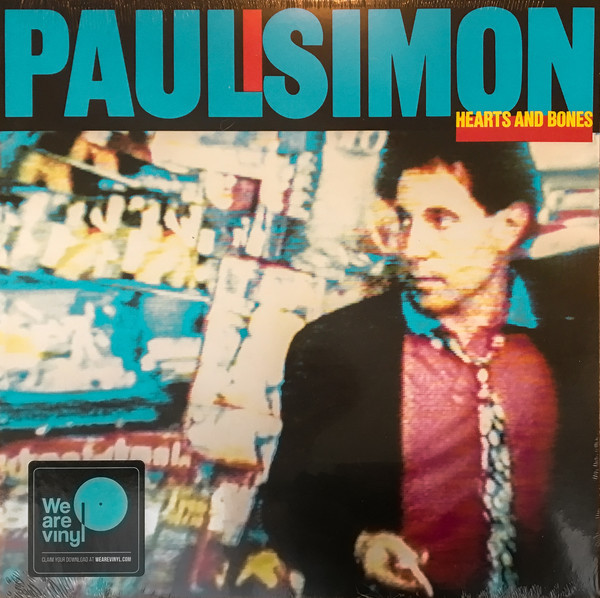 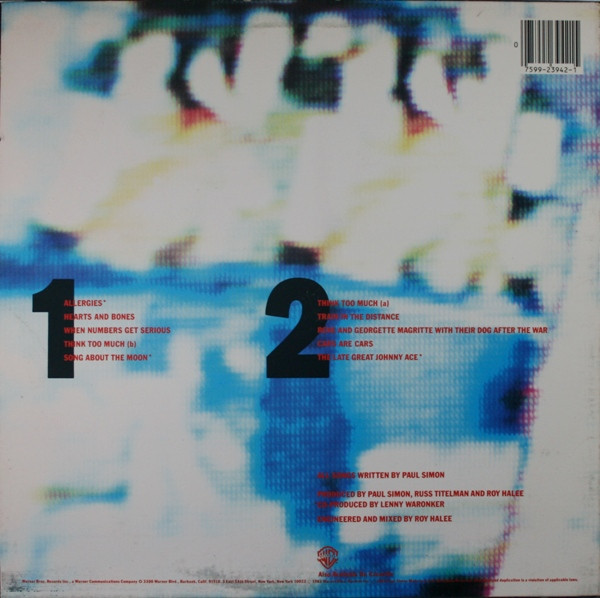 Hearts and Bones is the sixth solo studio album by Paul Simon. It was released in 1983.

The album was originally intended to be called Think Too Much, but Mo Ostin, president of Warner Bros. Records at the time, persuaded Simon to change it to Hearts and Bones.[2] The album was written and recorded following Simon & Garfunkel's The Concert in Central Park in 1981, and the world tour of 1982-1983. Several songs intended for Think Too Much were previewed on tour, and Art Garfunkel worked on some of the songs with Simon in the studio,[3] with an intention that the finished product would be an all-new Simon & Garfunkel studio album.[4] Garfunkel left the project and Simon erased all his vocals and worked the material into a solo album.