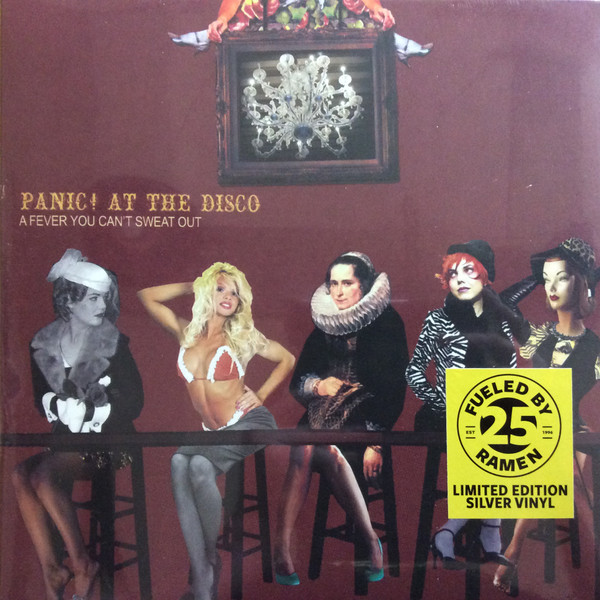 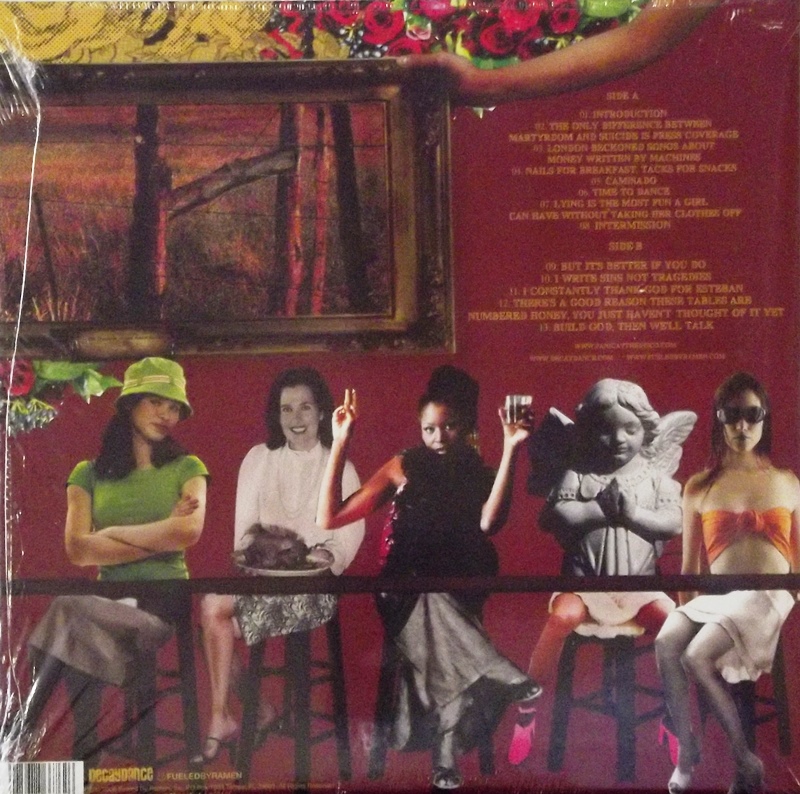 A Fever You Can't Sweat Out (Silver Vinyl)

A Fever You Can't Sweat Out is the debut studio album by American rock band Panic! at the Disco. Produced by Matt Squire, the album was released on September 27, 2005, on Decaydance and Fueled by Ramen. The group formed in Las Vegas in 2004 and began posting demos online, which caught the attention of Fall Out Boy bassist Pete Wentz. Wentz signed the group to his own imprint label, Decaydance, without them having ever performed live. It is the only album released during original bassist Brent Wilson's time in the band, but the exact nature of his involvement in the writing and recording process became a source of contention upon his dismissal from the group in mid-2006.

The album was recorded on a small budget at SOMD! Studios in College Park, Maryland over several weeks in June 2005. The group had only graduated from high school one month before. With lyrics written by lead guitarist/backing vocalist Ryan Ross, the record covers social issues and topics such as sanctity of marriage, adultery, mental health, alcoholism and prostitution are woven throughout the album. The album is divided into halves stylistically; the first half is primarily pop punk with elements of electronic, while the second employs more traditional instrumentation, with influences of baroque pop.

Upon its release, A Fever You Can't Sweat Out became a commercial success. Its second single, "I Write Sins Not Tragedies", became a top 10 hit in the United States. It helped bolster sales to 1.8 million in the US by 2011, making it the group's best-selling release.[2] Despite its sales, the album polarized music critics, with many praising the album's catchiness and others questioning its originality. The band promoted the record with stints on the Nintendo Fusion Tour before its first headlining tour, the Nothing Rhymes With Circus Tour. In late 2015, its certification was upgraded to RIAA double platinum for 2 million shipments.[3]