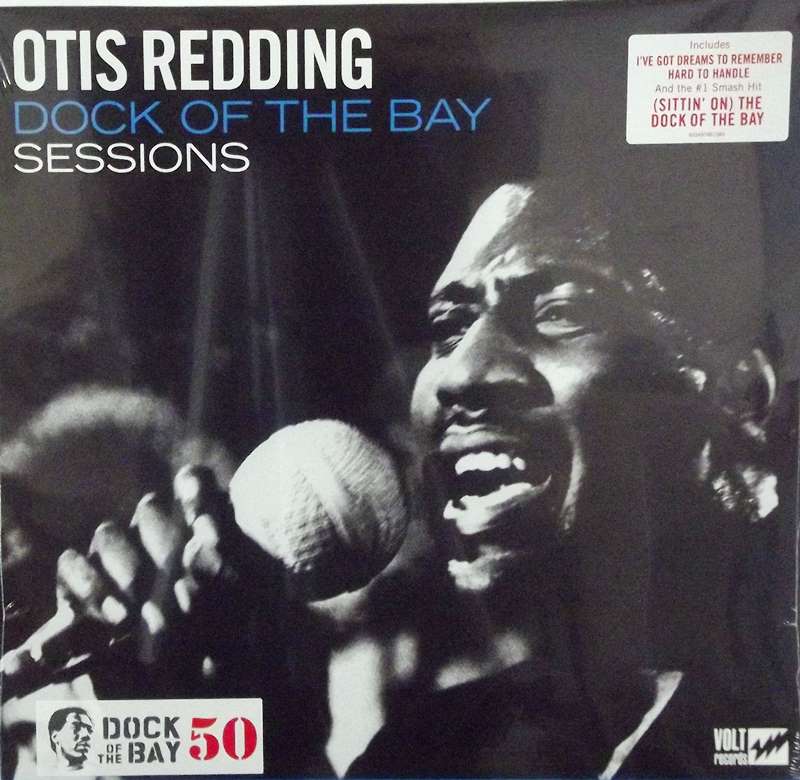 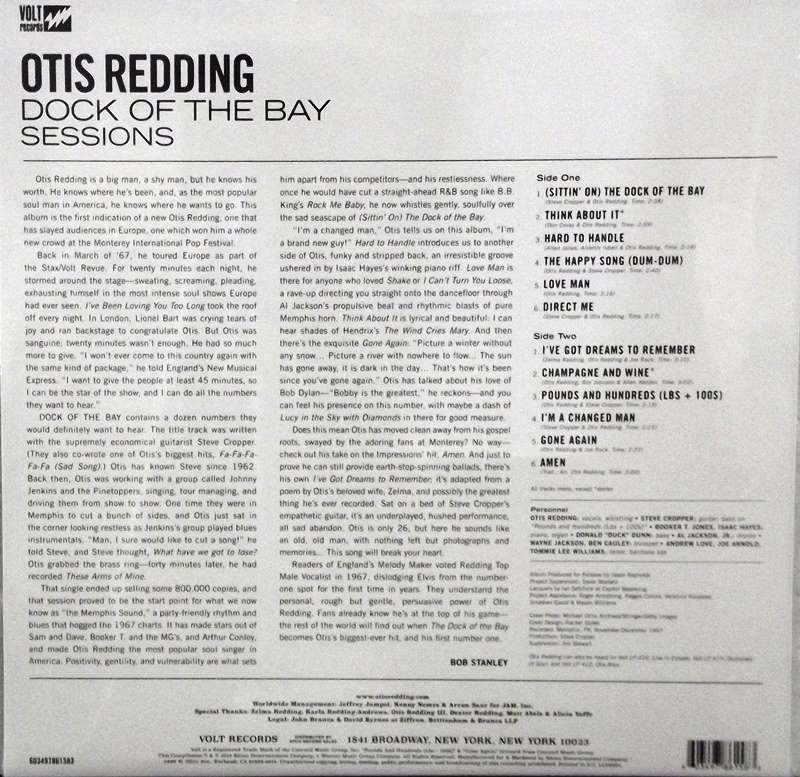 The Dock Of The Bay Sessions

The Last Recordings Of Otis Redding, The King Of Soul™

“(Sittin’ On) The Dock Of The Bay” Celebrates 50th Anniversary

Otis Redding was on top of the world in 1967, highlighted by a career-defining performance at the Monterey Pop Festival. Returning to Memphis that fall, Redding began to explore different musical influences when he entered the studio to record his next album. Tragically, those sessions were cut short after only a few weeks when the singer died in a plane crash on December 10, 1967, leaving his vision for the album unrealized. While there will never be a definitive idea of what Redding’s next album would have been, this new collection is the first to show what could have been.

Rhino will release DOCK OF THE BAY SESSIONS as part of the ongoing 50th anniversary celebration of “(Sittin’ On) The Dock of the Bay.” This Friday, March 16, marks the actual 50th anniversary of the legendary single topping both the pop and R&B charts in 1968 and becoming Redding’s first #1 hit.

The 12-song DOCK OF THE BAY SESSIONS collection will be released on May 18 for $14.98 on CD and $21.98 on 180-gram vinyl. The music will also be available on digital download and streaming services.

DOCK OF THE BAY SESSIONS was compiled with input from Roger Armstrong of Ace Records and Otis biographer Jonathan Gould and has the Redding family’s full endorsement. Although the individual tracks have been previously released across a smattering of posthumous albums and compilations, this marks the first time they have been assembled to resemble what this album could possibly have been. In the liner notes, musician-journalist Bob Stanley writes: “This album is the first indication of a new Otis Redding, one that has slayed audiences in Europe, one which won him a whole new crowd at the Monterey International Pop Festival.”

You can hear it in the stripped-back funk of “Hard To Handle,” and the shades of Bob Dylan – whose music Redding loved – in the beautiful lyricism of “Gone Again.” Even so, his take on the Impressions’ hit “Amen” makes it clear that Redding hadn’t abandoned his gospel roots. He hadn’t forgotten how to get people dancing either. On the rave-up “Love Man,” The Big O gets things shaking with help from Al Jackson Jr.’s propulsive beat, and rhythmic blasts of pure Memphis horn. And just to prove he can still provide heart-stopping ballads, there’s his own “I’ve Got Dreams To Remember,” with lyrics Redding adapted from a poem written by his beloved wife Zelma.

The album’s opener, “(Sittin’ On) The Dock Of The Bay,” was one of the last songs Redding ever recorded. Released in January 1968, it soon topped the charts on March 16, going on to sell more than four million copies and becoming the first posthumous #1 single in the history of the U.S. music charts.