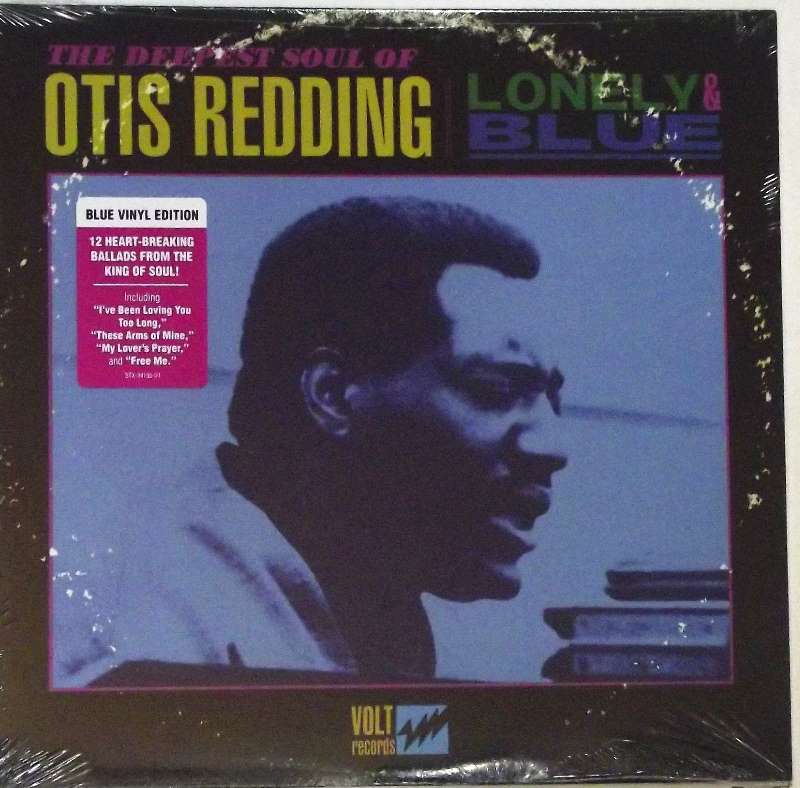 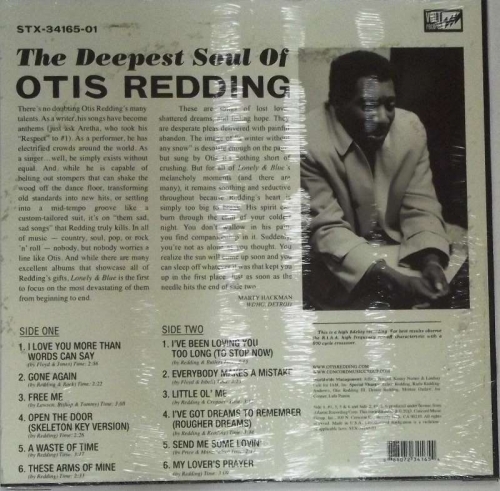 Brand new sealed album pressed in blue vinyl made in the USA.

Otis Redding's recording career really only lasted five years, from 1962 through 1967 (seven studio albums in all), and the balance of it, along with his biggest hits, really only came in the last two years of that time, with his biggest hit and first number one, "(Sittin' On) The Dock of the Bay," released after his death. All of it was enough, though, to establish Redding as the greatest performer of the classic deep soul era, a designation he undoubtedly deserves. There are plenty of greatest-hits-type collections out there for those interested in Redding's pop and R&B chart impact, and at first glance, Lonely & Blue: The Deepest Soul of Otis Redding seems like another of those. It has some of his classic hits, true, like "I've Been Loving You Too Long," "Free Me," and "These Arms of Mine," but the rest of the dozen tracks are more obscure, although they're neither filler nor randomly chosen, each contributing to the overall theme, emerging as a powerfully unified compilation full of the pain, loss, and yearning that go along with being in love. Then there's the look of this set. It's done up to look like a Stax album release from the 1960s, and even the liner notes are in the present tense, as if this were simply a long lost reissued Redding album with nothing changed as it pops up again in the 21st century. It pulls off the hat trick of being a nice introduction to the deeper side of Redding's catalog, an intelligent, carefully considered facsimile of one of his original Stax albums, and a fresh statement on the issues and risks of love, all of which lead the listener straight back to the greatness of Otis Redding. It's the way reissues should work in a perfect world, not just presenting old material, but also arranging it in a striking new manner that leads us back to a great artist we thought we already knew.