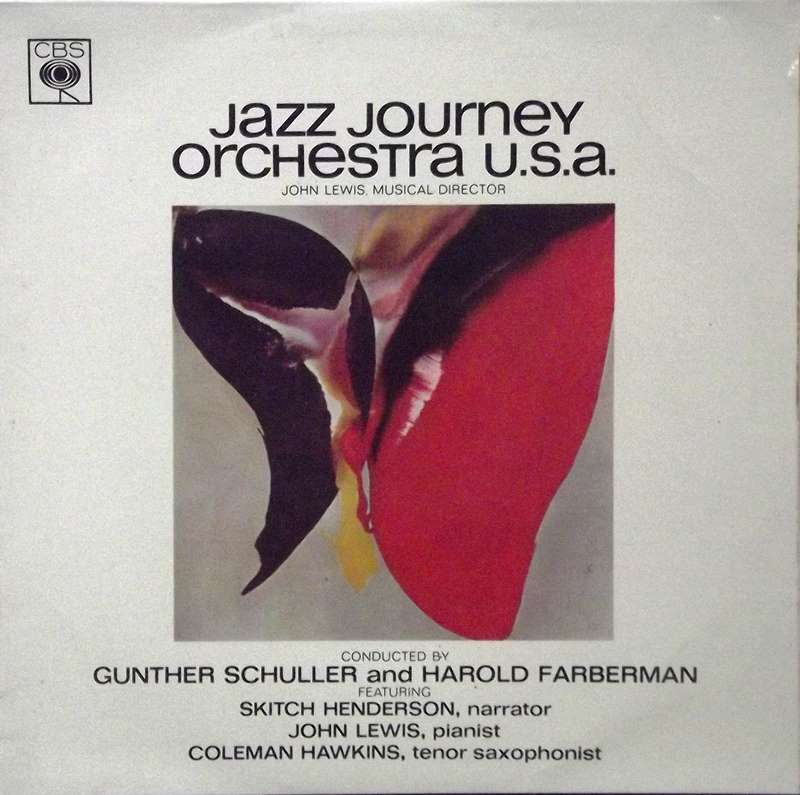 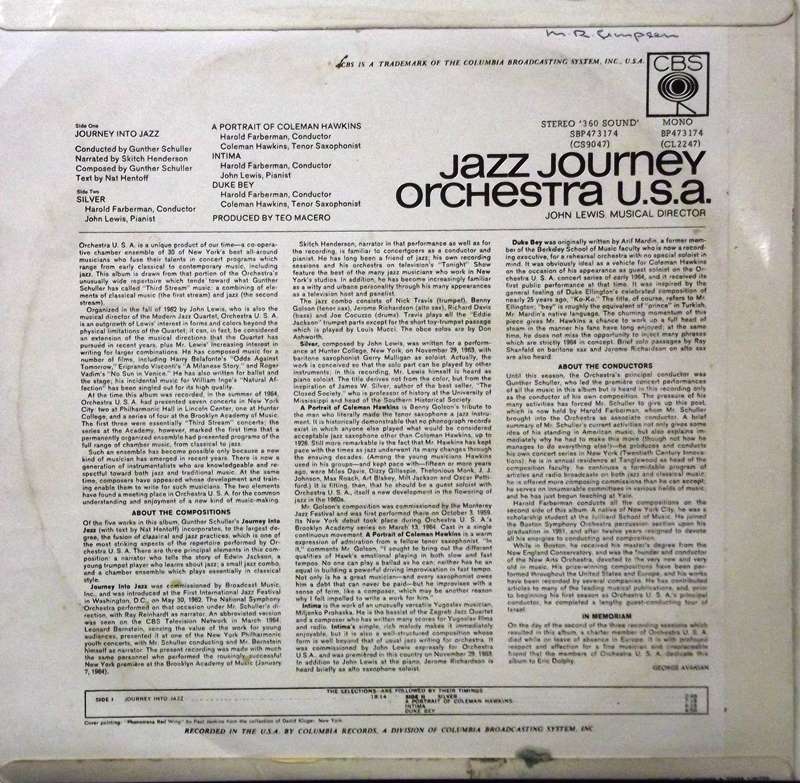 One of the most ambitious third stream projects was Orchestra U.S.A., with John Lewis serving as its musical director. By the time this recording was made in the summer of 1964, the experiment was nearing the end of its life. The major problem with this LP is the overly long and ponderous "Journey into Journey," composed and conducted by Gunther Schuller, with Nat Hentoff's text narrated by Skitch Henderson. Simply stated, one hearing is plenty. Harold Farberman takes over as conductor for the remainder of the session. The second side is far better, with Lewis' bluesy "Silver," originally conceived as a feature for Gerry Mulligan during its concert premiere the previous year, but the pianist takes center stage on this version. Tenor sax great Coleman Hawkins is featured on two selections, Benny Golson's warm tribute "A Portrait of Coleman Hawkins," and Arif Mardin's "Duke Bey." The remaining track, "Intima," showcases Jerome Richardson on alto sax. Eric Dolphy, who appeared on the initial Orchestra U.S.A. LP, Debut, as well as the Sextet of Orchestra U.S.A.'s reworking of Kurt Weill songs, died in Berlin on the day this album was recorded, which is duly noted by liner-note writer George Avakian. While third stream fans will get enough enjoyment out of this LP in spite of its lackluster first half, this long-unavailable recording will be very hard to locate.