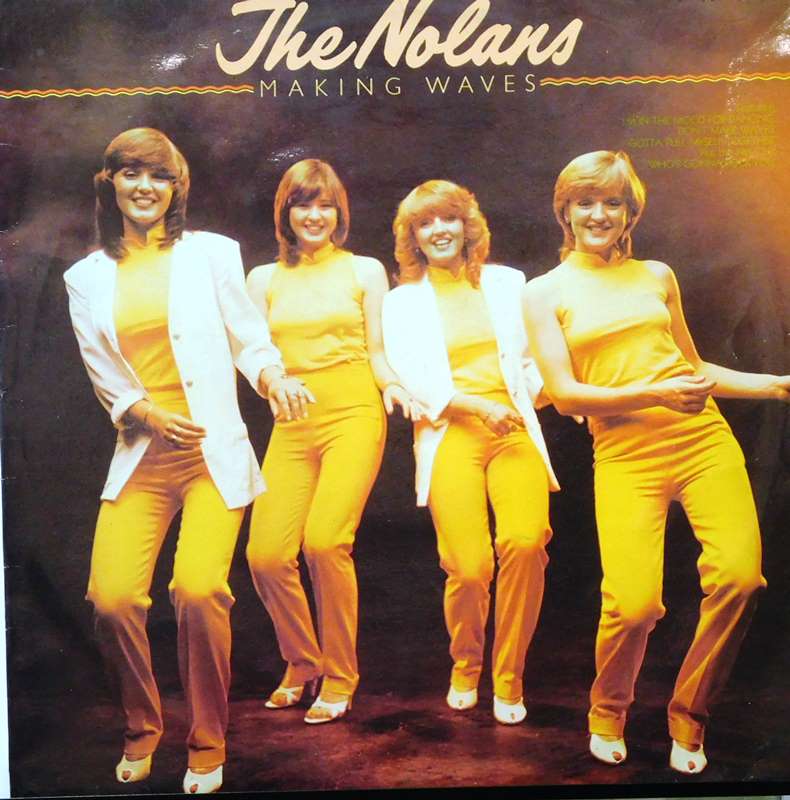 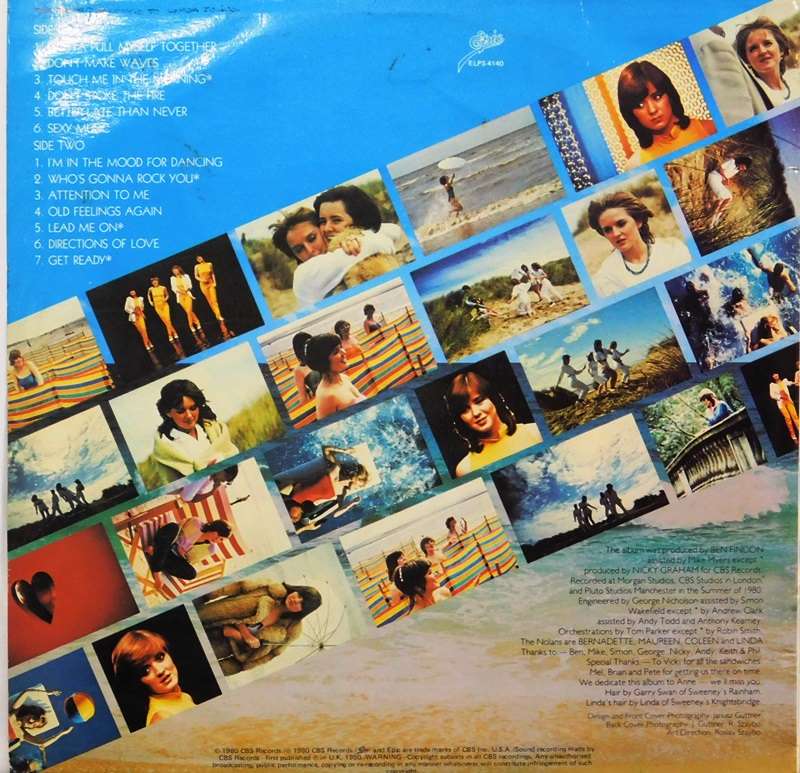 Making Waves is a 1980 album released by the pop group The Nolans. In the UK, the album went gold and featured four top 20 singles.

Worldwide, it became their biggest-selling album selling over 5million copies. It was certified double platinum in Australia and reached No.2 in Sweden and Ireland and No.1 in New Zealand and Japan.[1]

Produced by Ben Findon and Nicky Graham, the album contained the top 10 hits "Gotta Pull Myself Together" and "Attention to Me".