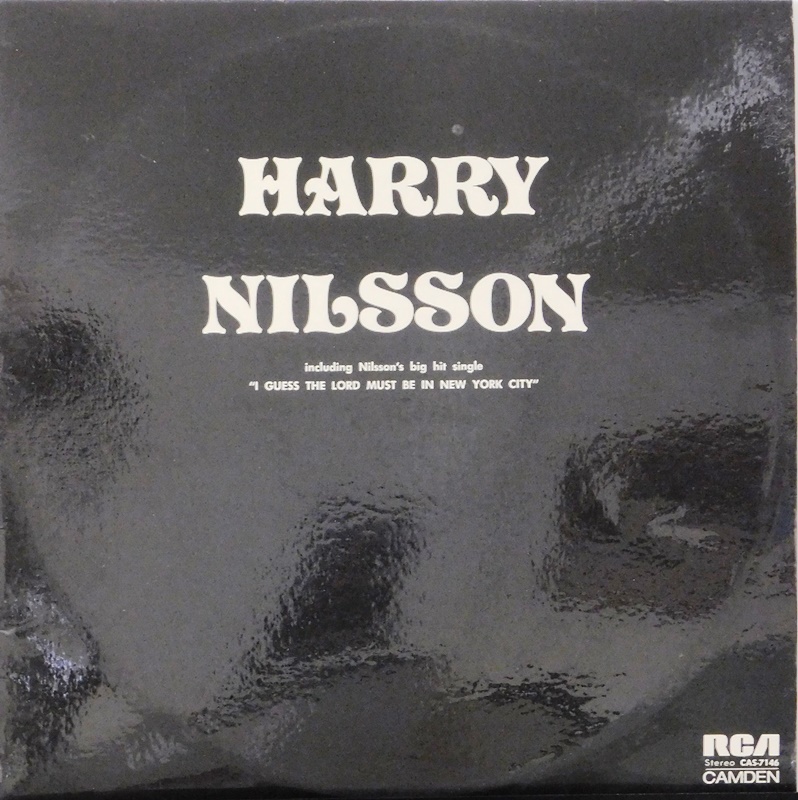 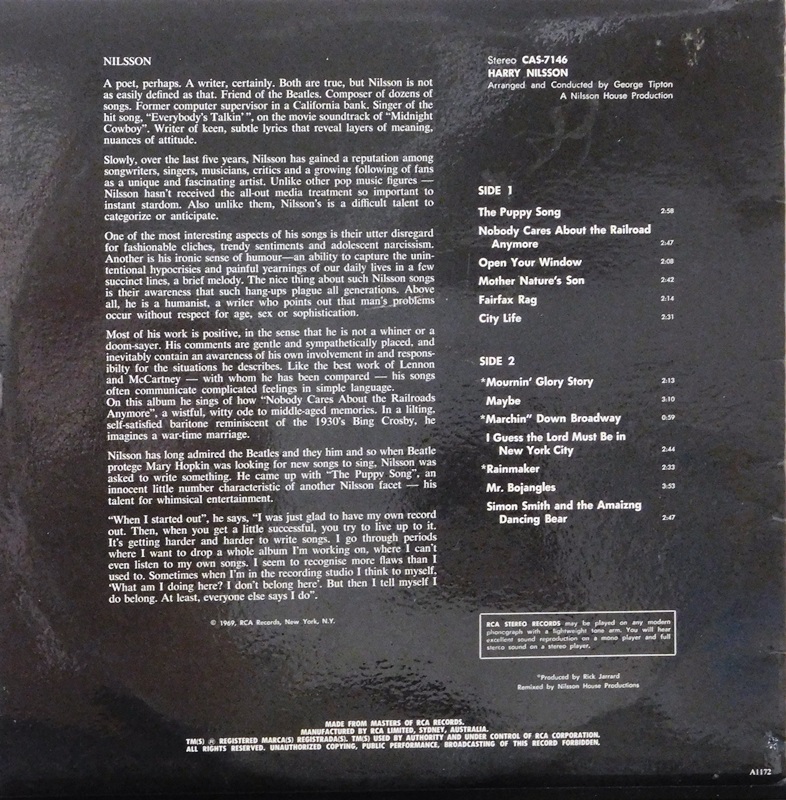 Harry Edward Nilsson III (June 15, 1941 – January 15, 1994), usually credited as Nilsson, was an American singer-songwriter who achieved the peak of his commercial success in the early 1970s. His work is characterized by pioneering vocal overdub experiments, returns to the Great American Songbook, and fusions of Caribbean sounds. A tenor with a 3½ octave range, Nilsson was one of the few major pop-rock recording artists of his era to achieve significant commercial success without ever performing major public concerts or undertaking regular tours.[2] The craft of his songs and the defiant attitude he projected remains a touchstone for later generations of indie rock musicians.[3]

Born in Brooklyn, Nilsson moved to Los Angeles as a teenager to escape his family's poor financial situation. While working as a computer programmer at a bank, he grew interested in musical composition and close-harmony singing, and was successful in having some of his songs recorded by various artists such as the Monkees. In 1967, he debuted on RCA Victor with the LP Pandemonium Shadow Show, followed by a variety of releases that include a collaboration with Randy Newman (Nilsson Sings Newman, 1970) and the original children's story The Point! (1971). His most commercially successful album, Nilsson Schmilsson (1971), produced the international top 10 singles "Without You" and "Coconut". His other top 10 hit, "Everybody's Talkin'" (1968), was a prominent song in the 1969 film Midnight Cowboy. A version of Nilsson's "One", released by Three Dog Night in 1969, also reached the U.S. top 10.[4]

During a 1968 press conference, the Beatles were asked what their favorite American group was and answered "Nilsson". He soon formed close friendships with John Lennon and Ringo Starr. In the 1970s, Nilsson and Lennon joined Starr as members of the Hollywood Vampires drinking club, embroiling themselves in a number of widely publicized, alcohol-fueled incidents. At the same time, they produced one collaborative album, Pussy Cats (1974). After 1977, Nilsson left RCA, and his record output diminished. In response to Lennon's 1980 murder, he took a hiatus from the music industry to campaign for gun control. For the rest of his life, he recorded only sporadically.

Nilsson created the first remix album (Aerial Pandemonium Ballet, 1971) and recorded the first mashup song ("You Can't Do That", 1967).[5] He was voted No. 62 in Rolling Stone's 2015 list of the "100 Greatest Songwriters of All Time", where he was described as "a pioneer of the Los Angeles studio sound, a crucial bridge between the baroque psychedelic pop of the late Sixties and the more personal singer-songwriter era of the Seventies".[6] The RIAA certified Nilsson Schmilsson and Son of Schmilsson as gold records, indicating over 500,000 units sold each.[2] His honors include Grammy Awards for two of his recordings; Best Contemporary Vocal Performance, Male in 1970 for "Everybody's Talkin'" and Best Pop Vocal Performance, Male in 1973 for "Without You". In 1994, Nilsson died of a heart attack while in the midst of recording new material for a since-unreleased comeback album.