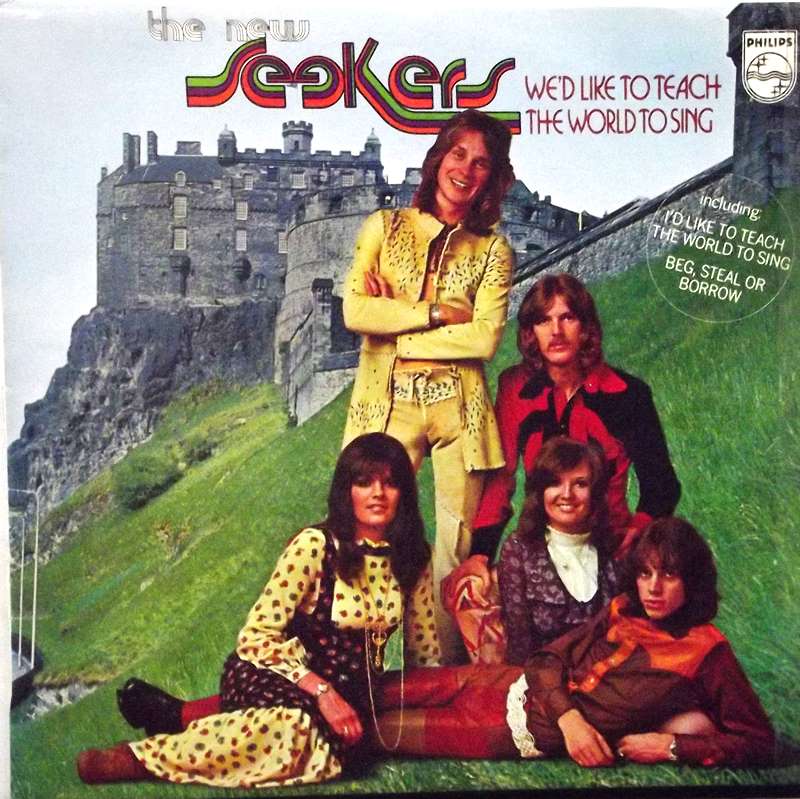 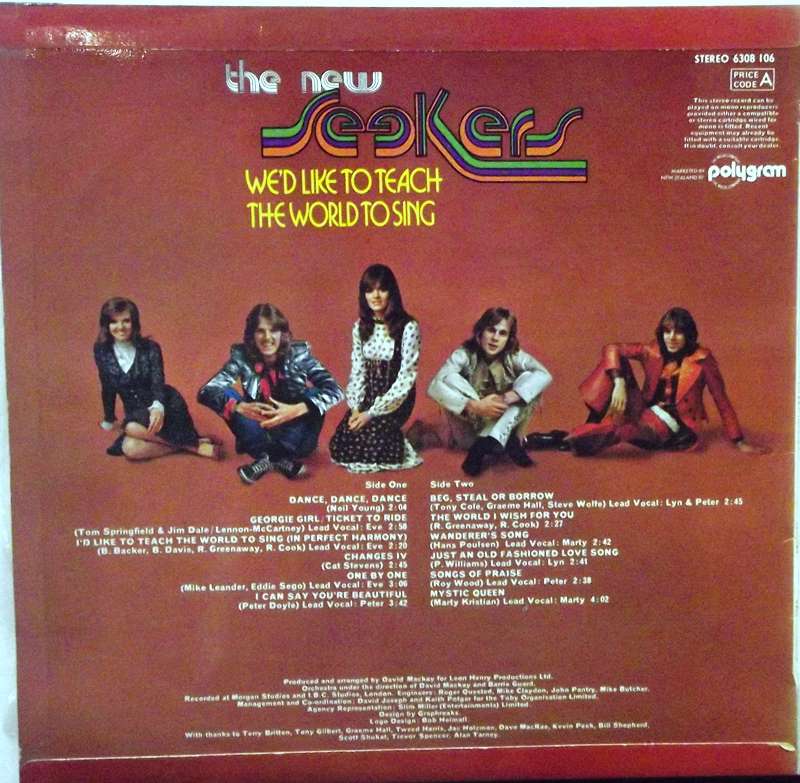 We'd Like to Teach the World to Sing is the name given to two albums by UK pop group The New Seekers. The first of these, released in late 1971 was a repackaging of their previous album New Colours and was released in the US.[2] The second version of the album was released in the UK and Europe in 1972 with a new line-up of tracks.[3] Both albums however contained the song "I'd Like to Teach the World to Sing (In Perfect Harmony)".