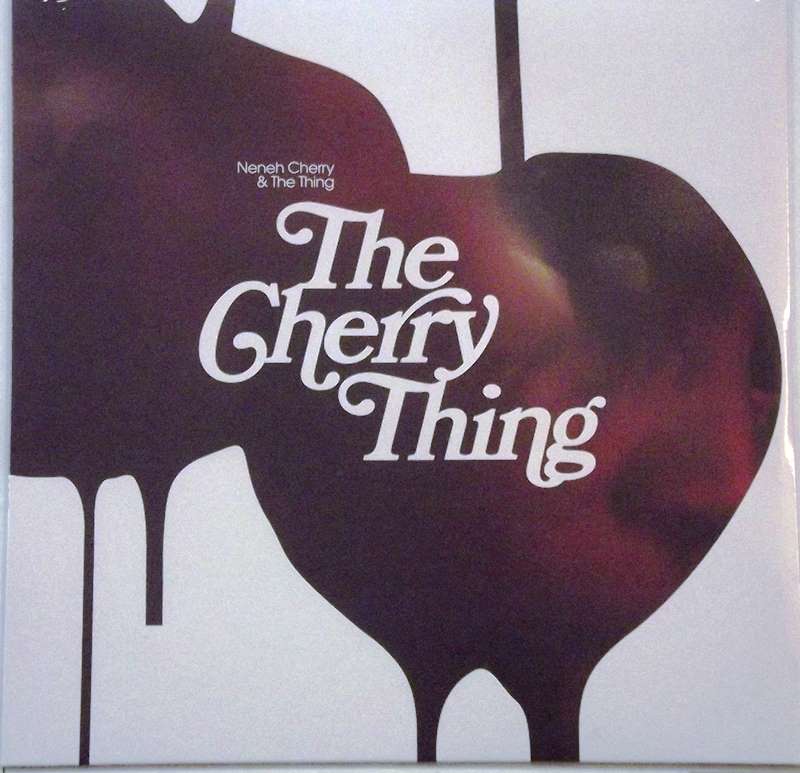 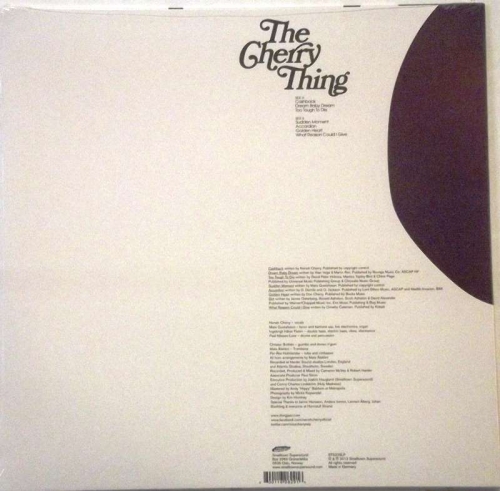 The Cherry Thing features vocalist and songwriter Neneh Cherry fronting the brilliant, provocative Scandinavian the Thing, whose members are saxophonist Mats Gustafsson, bassist Ingebrigt Håker Flaten, and drummer Paal Nilssen-Love. The latter are a diverse vanguard jazz group whose name comes from a tune by Don Cherry; their founding mission was to play his music. They've since expanded to cover rock tunes and play their own compositions. For those who remember only Cherry's pop hits, this may seem a radical departure, but it's actually a return of sorts. She began her career in the 1980s as a teen vocalist in post-punk outfits Rip Rig & Panic and Float Up CP; both melded free jazz and angular funk. She is a natural collaborator -- she's worked with Pulp, Tricky, the The, and Gorillaz. There are two originals here. Cherry's confrontational love song "Cashback" opens a set that melds syncopated, acoustic jazz funk and post-millennial soul. Gustafsson's jazz tune "Sudden Moment" features wonderful twinned phrasing by the saxophonist and Cherry before opening into an improvisational sprawl. Of the covers, the nearly nine-minute version of Suicide's "Dream Baby Dream" puts Bruce Springsteen's contrived version to shame. In the Cherry Thing's embrace, it is no less ethereal than the original, but far more sinister; Cherry's honeyed croon keeps the beautiful melodic core intact, even as she becomes ever more insistent, showing her dominant authority. Her accompanists build a gorgeous wall of atmospheric tension behind her. Martina Topley-Bird's "Too Tough to Die" begins sparsely and slowly before Cherry and Gustafsson enter and begin pushing, charging at the lyric edges. Cherry's vocal is emboldened with risk, turning the melody in on itself and ululating against the baritone horn. The rhythm sections answers with syncopated breaks and funk. MF Doom's "Accordion" and the Stooges' "Dirt" may seem like choices from opposite ends of the spectrum, but are complementary here. Both are sparse, threatening, and poignant, the former tinged with implied violence, and the latter -- the finest groove-laden cover of the tune ever recorded -- smolders with raw, dark sensuality. Between them is papa Cherry's "Golden Heart," an otherworldly meld of Middle Eastern modes and textures and a skeletal lyric frame that displays this group's command of diverse musical languages. Closer "What Reason Could I Give" is a less refined, more mournful blues-oriented take on Ornette Coleman's "What a Reason" (one of his few tunes that features lyrics). Its nearly mournful presentation, with gorgeous jazz singing by Cherry and restrained yet adventurous soloing by Gustafsson and Håker Flaten, make the tune drip with longing. The Cherry Thing is a collaboration whose immediacy, dynamic, and motion are organic; its creative originality singular. It unabashedly and nakedly displays its seams and inspirations. It is a serious contender for any representative year-end list.