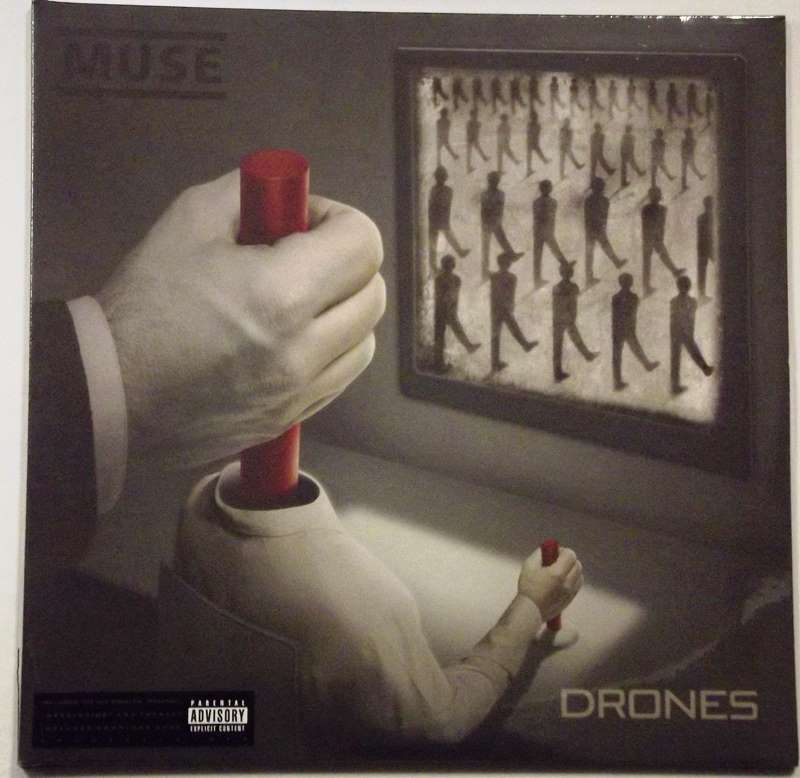 Sealed brand new 180 gram album housed in a smart gatefold cover. Made in the EU.

Drones is the seventh studio album by the English rock band Muse. It was released in Europe on 5 June 2015 and 8 June in the United Kingdom[8] under Warner Bros. Records and Helium-3. Drones is a concept album following the protagonist's journey from abandonment to indoctrination as a "human drone" and eventual defection.[9] Muse aimed to return to the simpler guitar-bass-drums rock sound of their earlier albums.[10] The album received mixed reviews; critics often praised the music but criticised the lyrics.

Drones was recorded between October 2014 and April 2015 at The Warehouse Studio in Vancouver, British Columbia, and co-produced by the band and Robert John "Mutt" Lange.[11][12][13] The album art was designed by American artist Matt Mahurin.[14][15]