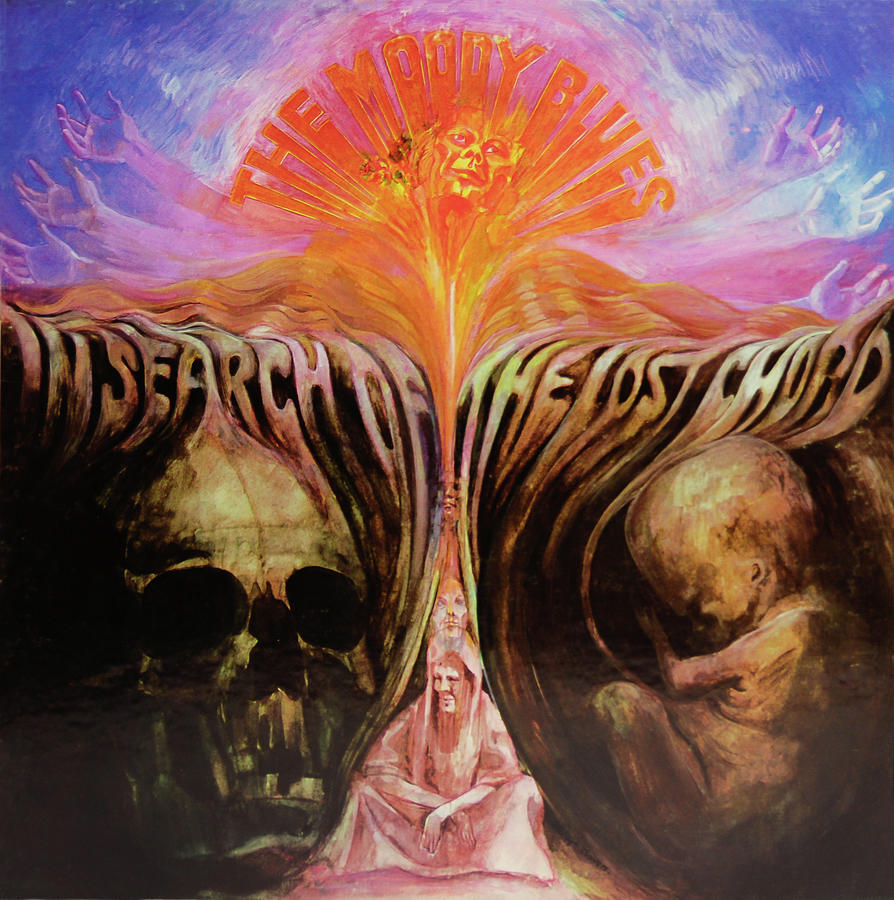 In Search Of The Lost Chord

In Search of the Lost Chord is the third album by The Moody Blues, originally released in July 1968 on the Deram label.

In Search of the Lost Chord is a concept album around a broad theme of quest and discovery, including world exploration ("Dr. Livingstone, I Presume"), music and philosophy through the ages ("House of Four Doors"), lost love ("The Actor"), spiritual development ("Voices in the Sky"), knowledge in a changing world ("Ride My See-Saw"), higher consciousness ("Legend of a Mind"), imagination ("The Best Way to Travel"), and space exploration ("Departure"). Space exploration would go on to become the theme of the group's 1969 album To Our Children's Children's Children, inspired by and dedicated to the Apollo 11 mission. The mysterious "lost chord" of the title is revealed to be the mantra "Om" (in the last stanza of Graeme Edge's poem "The Word"). According to keyboardist Mike Pinder, the title was inspired by Jimmy Durante's humorous song "I'm the Guy that Found the Lost Chord", itself a reference to "The Lost Chord" by Sir Arthur Sullivan.[1