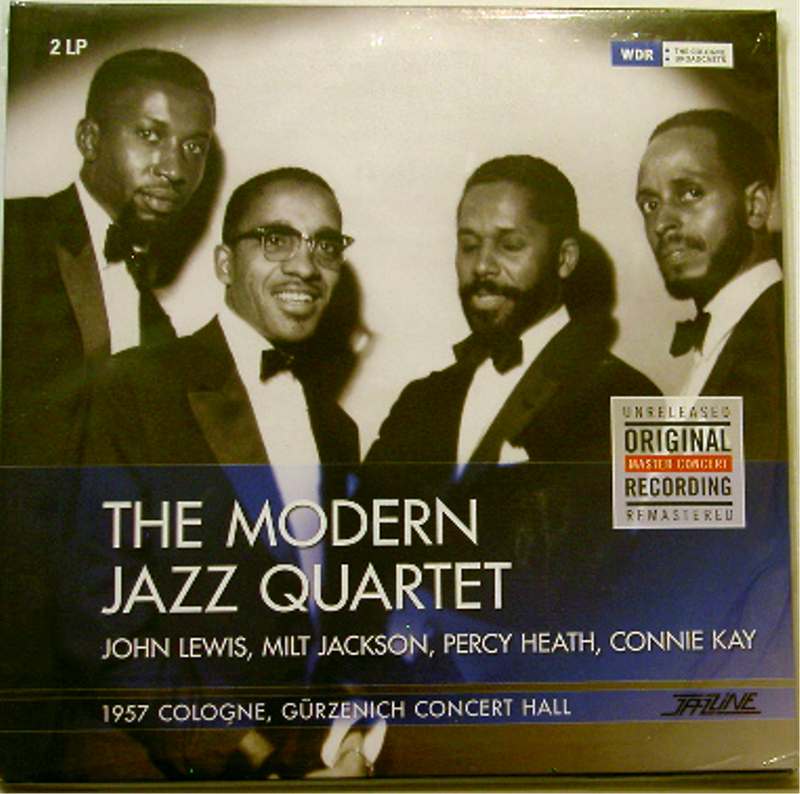 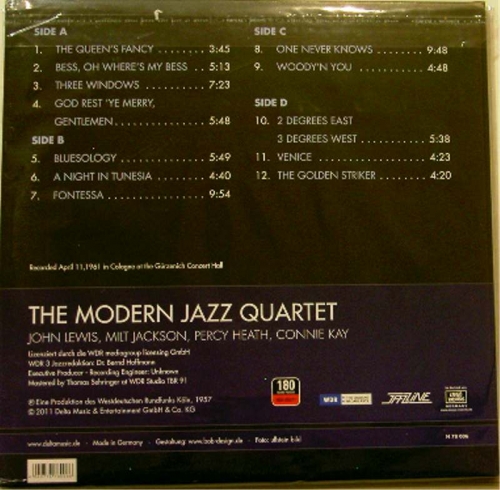 The Modern Jazz Quartet (MJQ) was a jazz combo established in 1952 that played music influenced by classical, cool jazz, blues and bebop.[1] The band performed over a 40-year span with only one personnel change.[2] For the majority of their career, the group was composed of John Lewis (piano and musical director), Milt Jackson (vibraphone), Percy Heath (double bass) and Connie Kay (drums).[3]

Under Lewis's leadership, they carved their own niche by specializing in elegant, restrained music that used sophisticated counterpoint, yet nonetheless retained a strong blues feel. Lewis firmly believed that J.S. Bach and the blues were compatible, combining classical form with jazz improvisation and polyphony.[2] The band was also noted for its ability to play alongside a variety of other groups.[4] Initially active into the 1970s until Jackson quit in 1974 due to creative disagreement and frustration with their busy touring schedule, the MJQ reformed intermittently into the 1990s.[1]