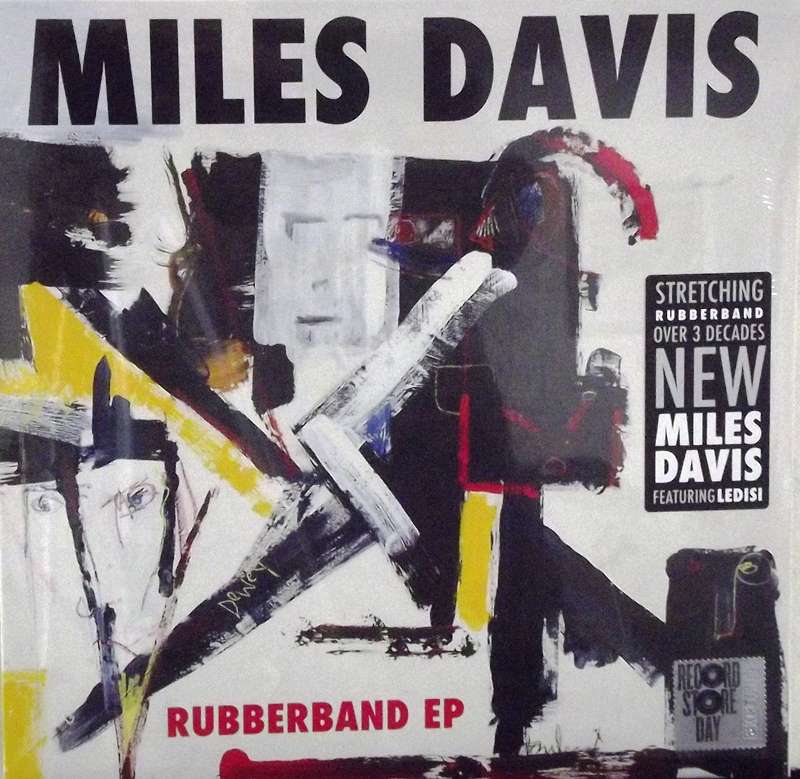 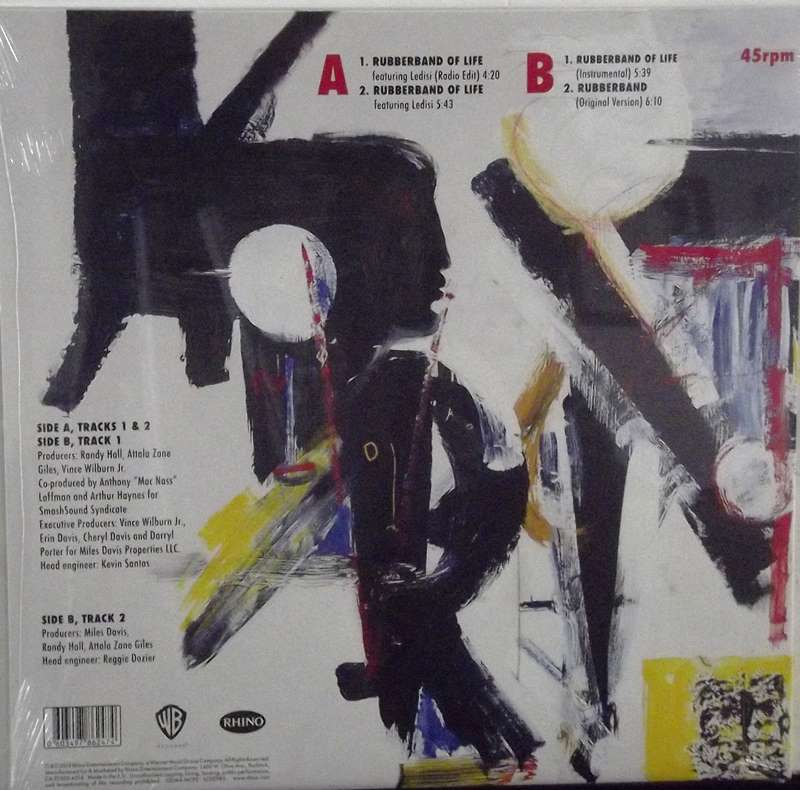 In 1985, Miles Davis shocked the music world by moving from Columbia Records to Warner Bros. Records and started recording Rubberband. This album marked a radical departure for him, with funk and soul grooves, and was to include vocals by Al Jarreau and Chaka Khan. The album was subsequently shelved and Davis went on to record Tutu. Rubberband’s title track has been updated and remixed by its producers, with vocals by R&B / jazz singer Ledisi. Randy Hall and Zane Giles also finished the original version for this exclusive 4-track Record Store Day EP. The cover artwork is a painting by Davis. Worldwide run of 6000.