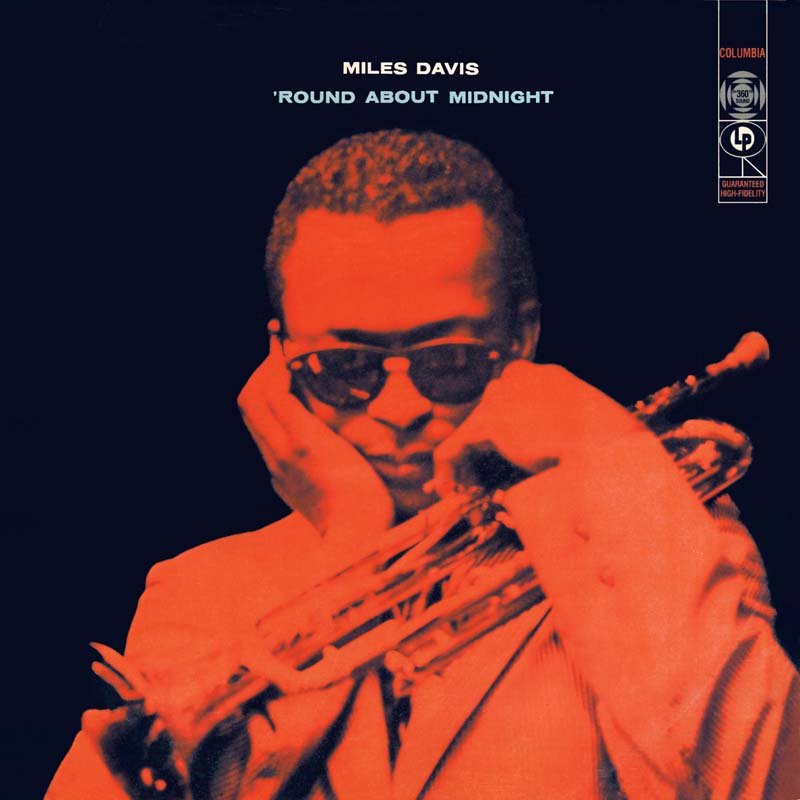 It was his debut on Columbia Records, and was originally released in March 1957 (CL 949). The album took its name from the Thelonious Monk song "Round Midnight".
Recording sessions took place at Columbia Studio D on October 26 1955, and at Columbia's 30th Street Studio on June 5 and September 10 1956. 'Round About Midnight' is widely recognized by jazz critics as a landmark album in hard bop and one of the greatest jazz albums of all time. On April 17 2001, Sony reissued the album for compact disc on its Columbia/Legacy label, which featured 24-bit remastering and included bonus tracks and master takes from the initial sessions. A further two-disc reissue on June 14, 2005, was released, as part of Sony's Legacy Edition series, which featured the 2001 reissue and a second disc containing Davis' celebrated Newport Jazz Festival of 1955 performance of "'Round Midnight", along with a recording of the quintet's set from the 1956 Pacific Jazz Festival.