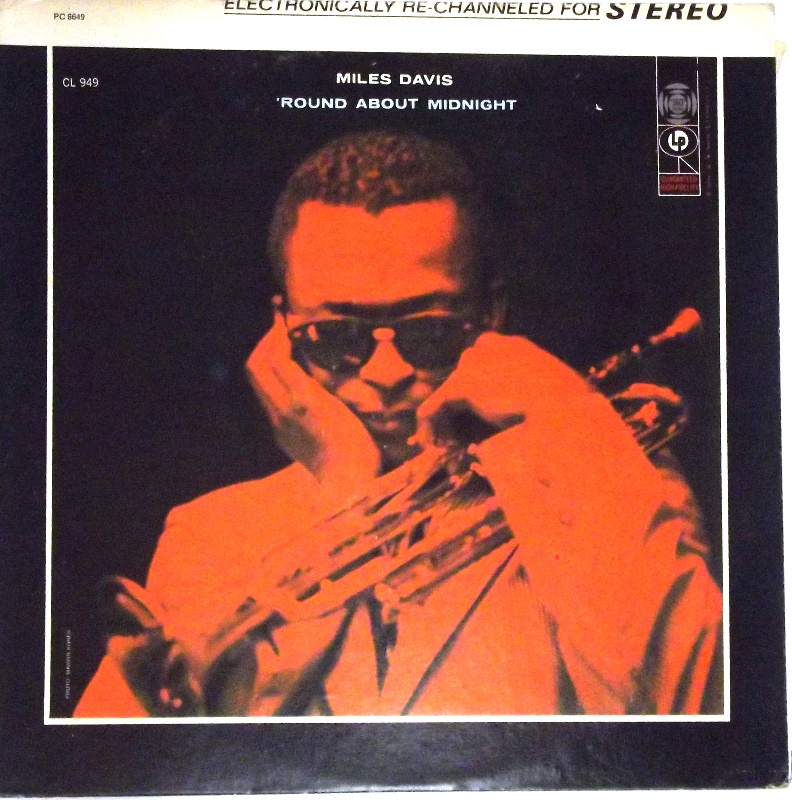 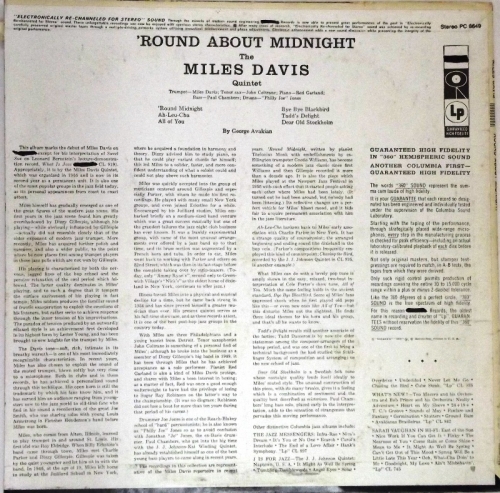 'Round About Midnight is an album by jazz musician Miles Davis. It was his debut on Columbia Records, and was originally released in March 1957 (CL 949). The album took its name from the Thelonious Monk song "'Round Midnight". Recording sessions took place at Columbia Studio D on October 26, 1955, and at Columbia's 30th Street Studio on June 5 and September 10, 1956.

Although it had a lukewarm reception upon its release, 'Round About Midnight has since been regarded by critics as a masterpiece of the hard bop genre and one of the greatest jazz albums of all time.[2]