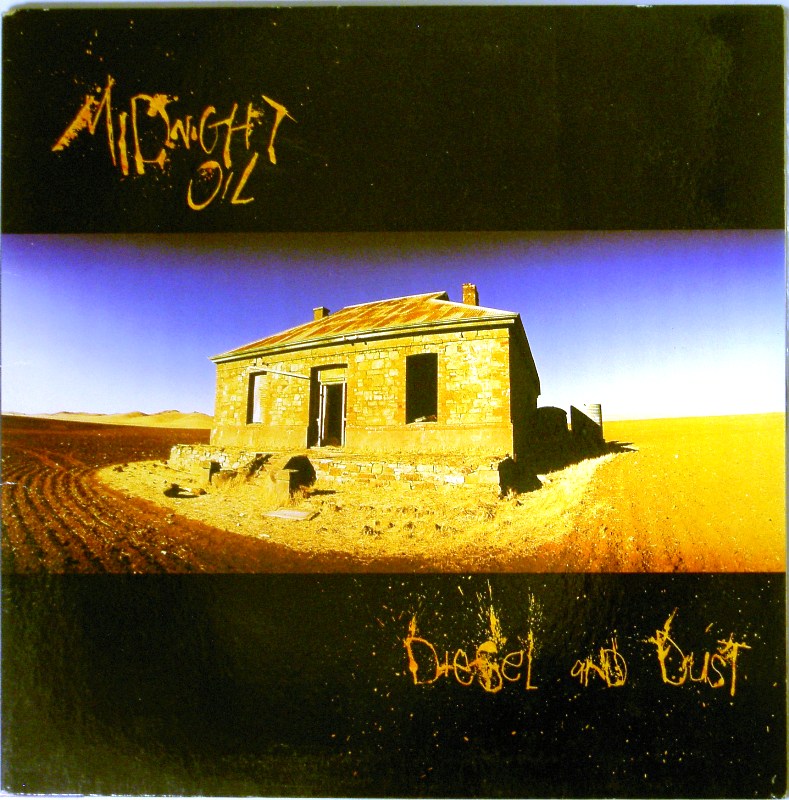 Diesel and Dust is the sixth studio album by Australian rock band Midnight Oil, released in August 1987 by Spirit Music label under Columbia Records. Diesel and Dust was produced by Warne Livesey and the band. It is a concept album about the struggles of Indigenous Australians and environmental causes, issues important to the band. It drew inspiration from the Blackfella/Whitefella Tour of remote Indigenous communities with the Warumpi Band and Gondwanaland in 1986. The album peaked at No. 1 on the Australian Kent Music Report Albums Chart for six weeks.