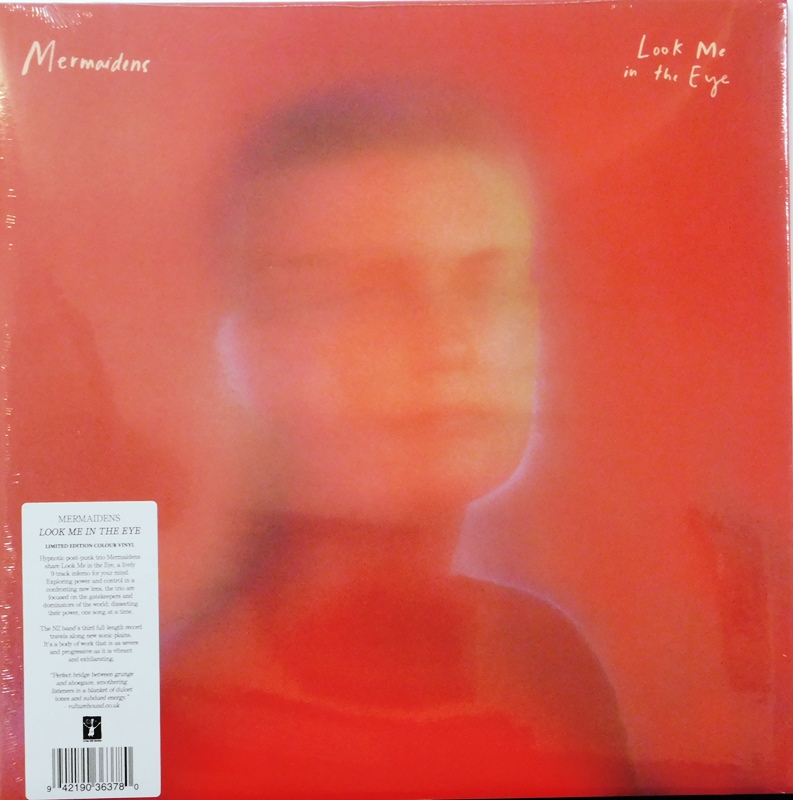 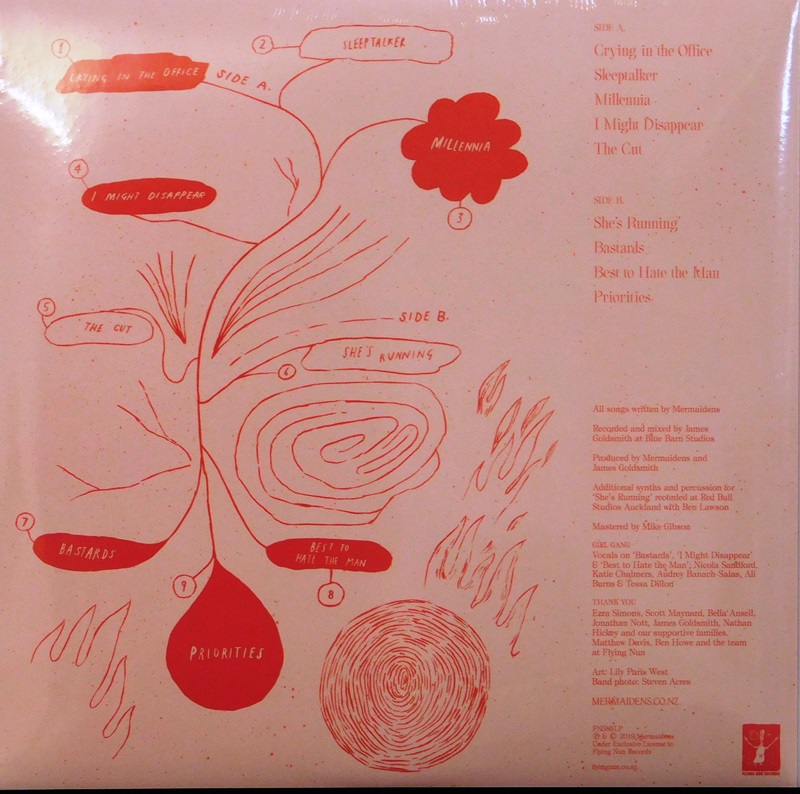 Look Me In The Eye (Coloured Vinyl)

Fresh off the tarmac after an extensive tour of the UK and Europe, Mermaidens announce their new record, Look Me in the Eye. The trio’s third full-length album is due out September 6th and today the band also revealed the first track from their upcoming release called ‘I Might Disappear’, accompanied by visuals filmed from the band’s recent UK/EU tour. The footage was filmed by Ezra Simons and edited down by Mermaidens’ own, Gussie Larkin.

Look Me in the Eye sees Mermaidens scale new territory, fearlessly pushing sonic boundaries and producing a body of work as severe and progressive as it is vibrant and exhilarating. At the heart of the record lies the thematic exploration of female voices, as band members Gussie Larkin (co-lead vocals/guitar), Lily West (co-lead vocals/bass) and Abe Hollingsworth (drums) expose motifs of exterior masks, human relationships and power dynamics with unflinching fervour.

The title of the new album is intentional in its double-meaning, as notions of confrontation and intimacy collide to unearth the tangled paradoxes of human connection. The voices and perspectives of both front-women shape the record with equal footing, creating a dialogue around female collaboration and friendship.

Look Me in the Eye was recorded with long time collaborator, audio engineer James Goldsmith at Blue Barn Recording Studio in the trio’s hometown of Wellington. Predominantly writing songs independently and then coming together as a trio to work through arrangements and develop ideas, Mermaidens mobilised their strengths in collaboration to produce a body of music that is every bit as experimental, as it is accessible and uniting.