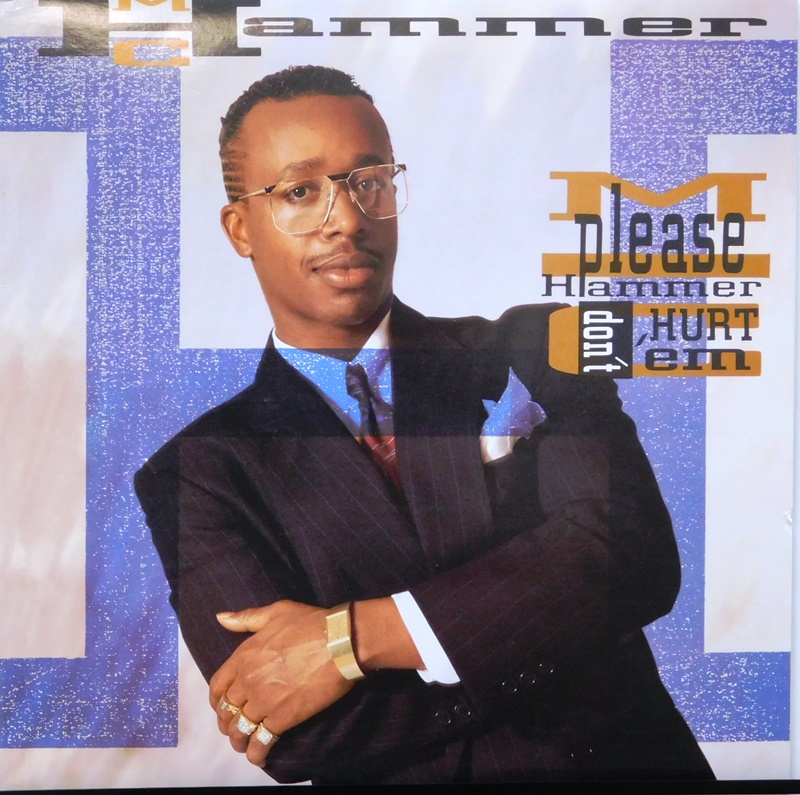 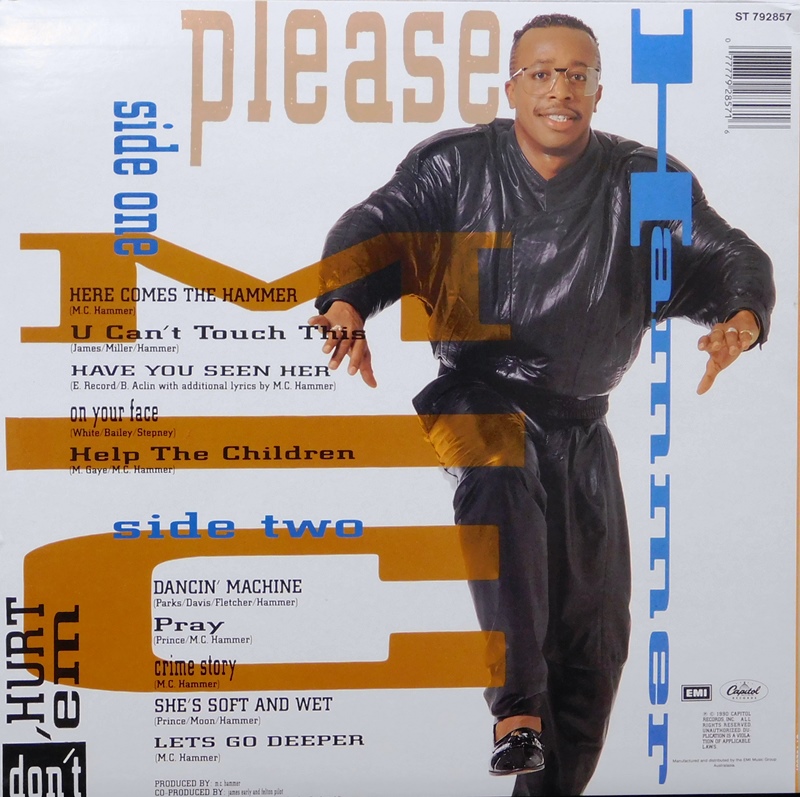 Please Hammer, Don't Hurt 'Em is the third record (and second major-label studio album) by MC Hammer, released on February 12, 1990[1] by Capitol Records. The album was produced, recorded, and mixed by Felton Pilate and James Earley.

The album ranked number one for 21 weeks on the US Billboard 200, due primarily to the success of the single "U Can't Touch This".[2] Likewise, the album saw longevity on the Top R&B/Hip-Hop Albums chart, peaking at number one and staying at the top for 28 weeks.[3]

The singles released from the album all proved to be successful on radio and video television, with "U Can't Touch This", "Pray", "Have You Seen Her", "Here Comes the Hammer" and "Yo!! Sweetness" (UK only) all charting. The album raised rap music to a new level of popularity. It is the first hip-hop album ever to be certified diamond by the RIAA for sales of over ten million in the United States.[4] It remains the genre's all-time best-selling album.[5] To date, the album has sold as many as 18 million copies worldwide as of May 15, 2001.[6][7][8]