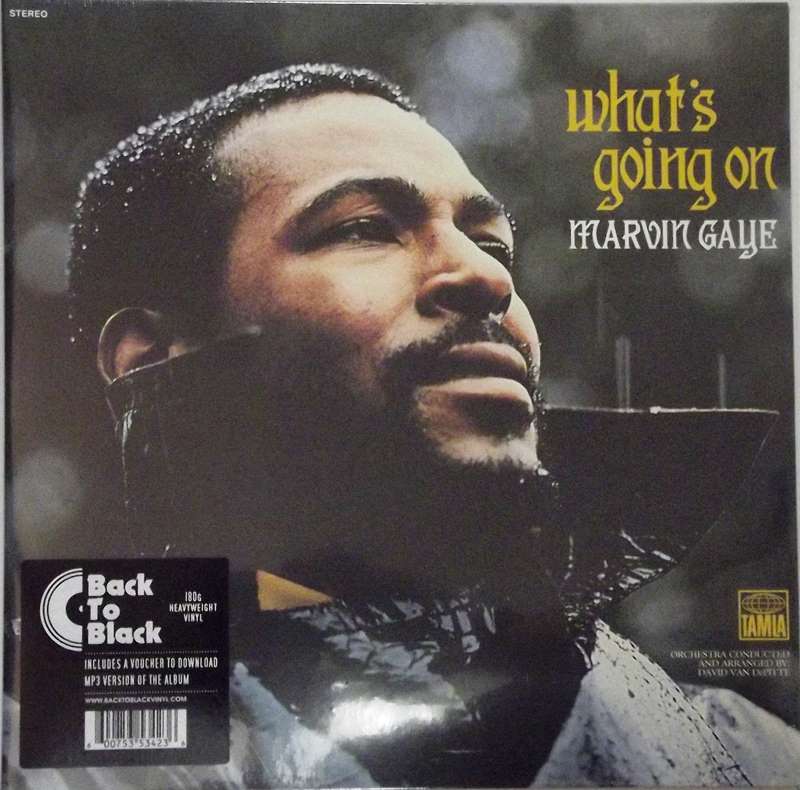 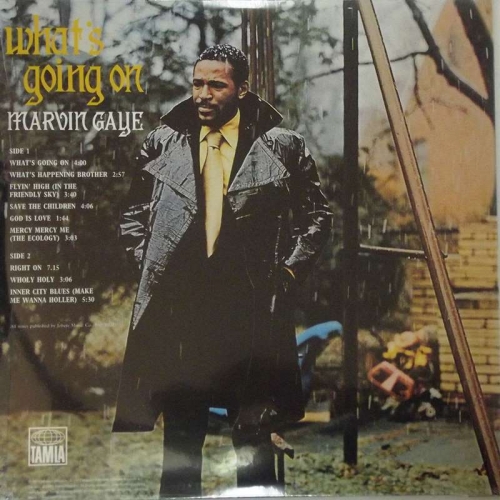 What's Going On is the eleventh studio album by soul musician Marvin Gaye, released May 21, 1971, on the Motown-subsidiary label Tamla Records.[1] Recording sessions for the album took place in June 1970 and March–May 1971 at Hitsville U.S.A., Golden World and United Sound Studios in Detroit and at The Sound Factory in West Hollywood, California. What's Going On was the first album on which Motown Records' main studio band, the group of session musicians known as the Funk Brothers, received an official credit.

The first Marvin Gaye album credited as being produced by the artist himself, What's Going On is a unified concept album consisting of nine songs, most of which lead into the next. It has also been categorized as a song cycle; the album ends with a reprise of the album's opening theme. The album is told from the point of view of a Vietnam War veteran returning to the country he had been fighting for, and seeing only hatred, suffering, and injustice. Gaye's introspective lyrics discuss themes of drug abuse, poverty, and the Vietnam War. He has also been credited with criticizing global warming before the public outcry against it had become prominent.

What's Going On was an immediate success upon release, both commercially and critically. Having endured as a classic of 1970s soul, a deluxe edition set was released on February 27, 2001, and featured a rare recording of a May 1972 concert shot at Washington, D.C.'s Kennedy Center. Worldwide surveys of critics, musicians, and the general public have shown that What's Going On is regarded as one of the landmark recordings in pop music history, and one of the greatest albums of the 20th century.[2] The album was ranked number six both on Rolling Stone's 2003 list of the "500 Greatest Albums of All Time", and in the magazine's update nine years later.[3]