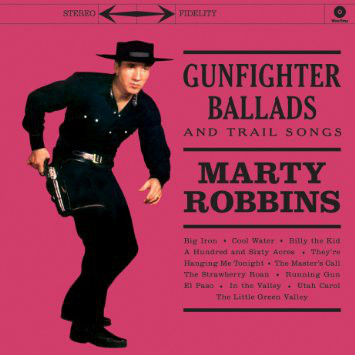 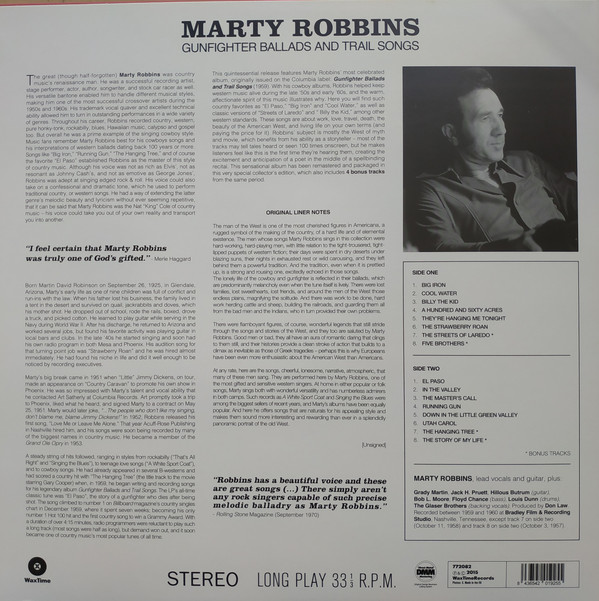 Gunfighter Ballads and Trail Songs is the fifth studio album by Marty Robbins, released on the Columbia Records label in September 1959 and peaking at #6 on the U.S. pop albums chart. It was recorded in a single eight-hour session on April 7, 1959,[1] and was certified Gold by the RIAA in 1965[2] and Platinum in 1986.[3] It is perhaps best known for Robbins' most successful single, "El Paso", a major hit on both the country and pop music charts, as well as for its opening track "Big Iron," a song that gained a resurgence in popularity online as an Internet meme.[4]