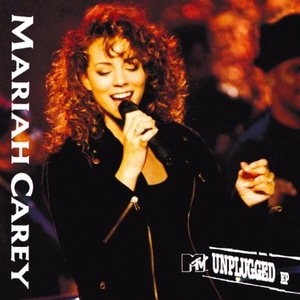 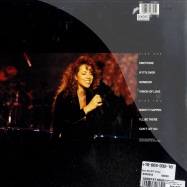 MTV Unplugged is a live EP by American singer-songwriter Mariah Carey, released in the United States on June 2, 1992 by Columbia Records. Following the success of Carey's previous two albums and the growing critical commentary on her lack of concert tours and unsubstantial televised performances, Sony BMG organised a performance show at the Kaufman Astoria Studios, New York on March 16, 1992. The show, titled MTV Unplugged, originally aired on MTV to help promote Carey's album Emotions, as well as help shun critics who deemed Carey a possible studio artist. However, after its success, the show was released to the public as an EP, with an accompanying VHS titled MTV Unplugged +3.

Upon release, the EP garnered generally positive reviews from music critics, many of whom complimented Carey's vocals. Commercially, the album was a success, peaking at number three on the Billboard 200, and was certified four times Platinum by the Recording Industry Association of America (RIAA), denoting shipments of two million copies within the United States. Additionally, the EP experienced strong success in several international markets, such as the Netherlands and New Zealand, where it reached number one and was certified double Platinum. MTV Unplugged peaked within the top five in the United Kingdom, and in the top ten in Australia and Canada.

"I'll Be There" was chosen as the lead single from the album. Due to its critical success until that point, it was released one month before its parent EP, eventually becoming Carey's sixth chart topper in the United States, and one of the few songs to do so by two different acts. Globally, the song was successful, topping the charts in Canada, the Netherlands and New Zealand, as well as attaining the top five position in Ireland and the United Kingdom. After its success, "If It's Over", a song from Carey's second studio effort Emotions was released, due to its exposure on the show and EP.