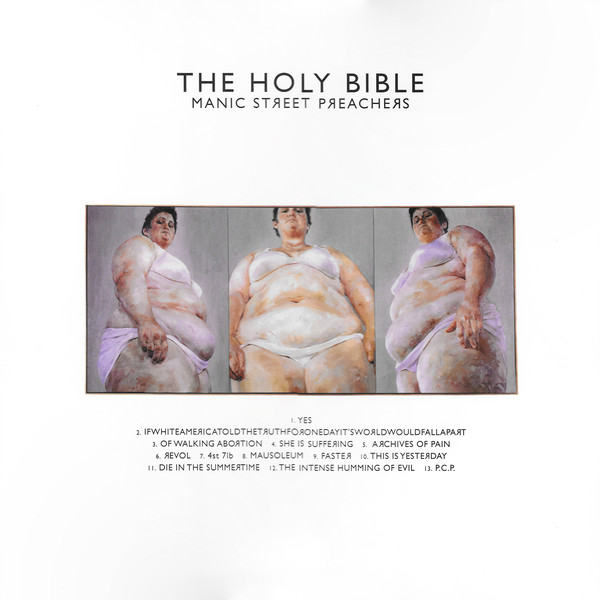 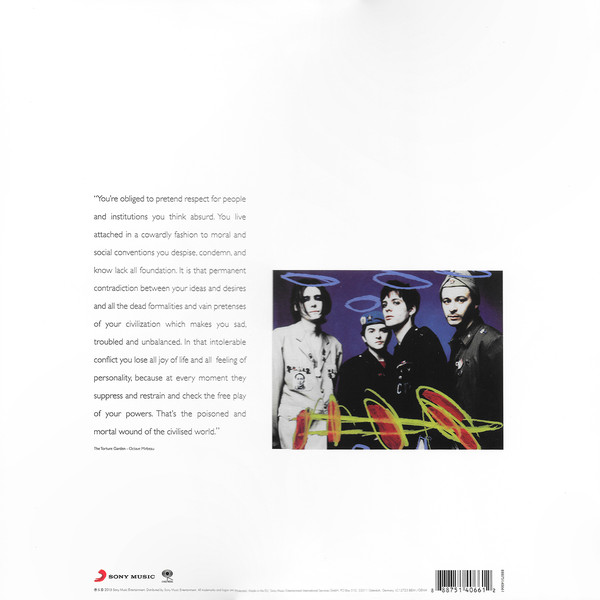 The Holy Bible is the third studio album by Welsh alternative rock band Manic Street Preachers. It was released on 30 August 1994 by record label Epic. At the time the album was written and recorded, lyricist and rhythm guitarist Richey Edwards was struggling with severe depression, alcohol abuse, self-harm and anorexia nervosa, and its contents are considered by many sources to reflect his mental state. The songs focus on themes relating to politics and human suffering. The Holy Bible was the band's last album released before Edwards' disappearance on 1 February 1995.

Although it reached number 6 on the UK Albums Chart, initially, global sales were disappointing compared to previous albums and the record did not chart in mainland Europe or North America. It was promoted with tours and festival appearances in the UK, Ireland, Germany, Portugal, the Netherlands and Thailand – in part without Edwards. The Holy Bible has sold over half a million copies worldwide as of 2014 and over the years it received significant critical acclaim. The album has been featured and listed highly on lists of the best albums of all time by British music publications such as Melody Maker, NME and Q.[1][2][3][4][5]