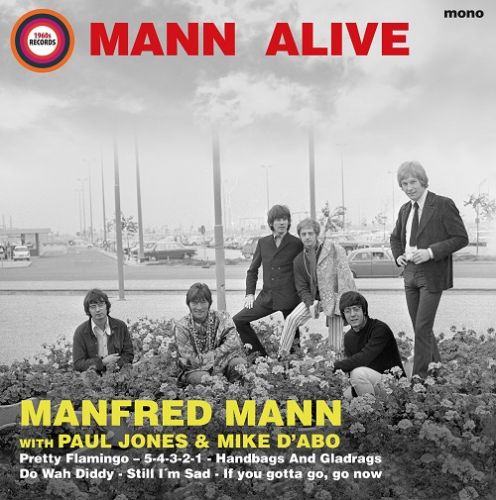 Manfred Mann began his hit-making career in January 1964, when he wrote 5-4-3-2-1, the theme tune for a brand new TV show in the UK, Ready Steady Go. Side One of this collection consists of live broadcast versions ofsome of Mann‘s earliest records with Paul Jones on vocals. Jones left the group in mid 1966 to pursue a solo career and the recordings on Side Two were made in late 1966-67 by a new line-up with replacement singer, Mike D’Abo. It includes an early version of D’Abo’s celebrated song, Handbags And Gladrags and the very first public airing of Dylan‘s The Mighty Quinn.