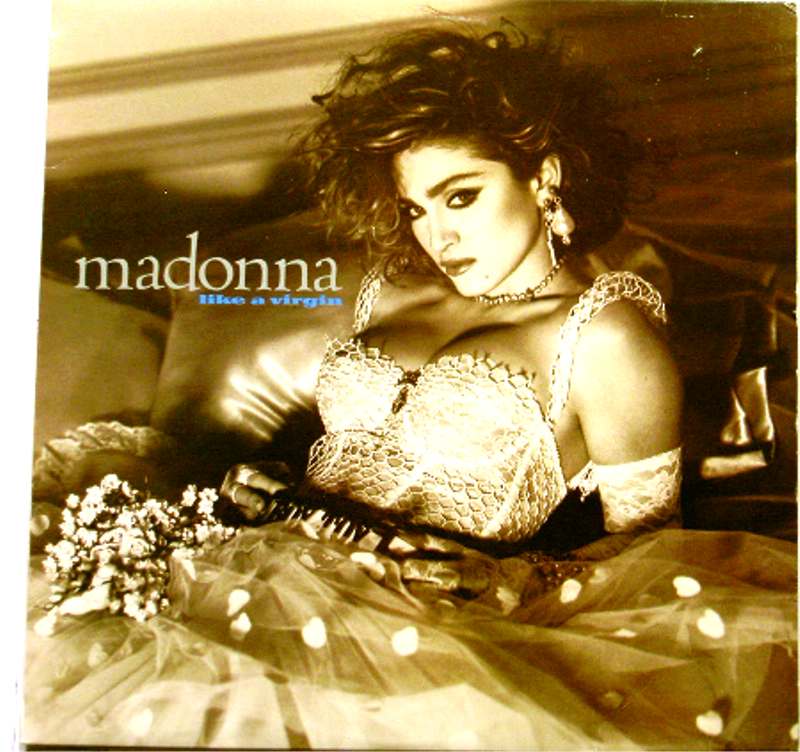 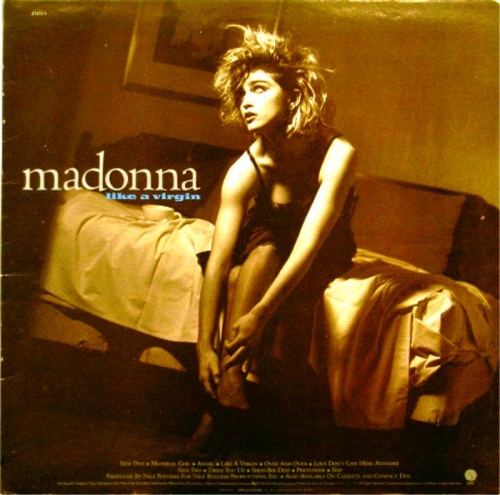 Like a Virgin is the second studio album by American singer-songwriter Madonna, released on November 12, 1984, by Sire Records. It was reissued worldwide in 1985, with the inclusion of "Into the Groove". In 2001, Warner Bros. Records released a remastered version with two bonus remix tracks. After the release of her self-titled debut album, Madonna wanted to solidify her future in the music business, by building on the success of the first album. She decided to become one of the record producers, but Warner Bros. was not ready to give her the artistic freedom that she wanted. Nile Rodgers was chosen as the primary producer of the album, due to his work with David Bowie.

The album was recorded at Power Station Studio in New York at a quick pace. Rodgers enlisted the help of his former Chic band mates Bernard Edwards, who was the bassist, and Tony Thompson, who played drums; they appeared on several tracks of the album. Rodgers decided to be the guitarist, when Edwards requested him to do so, in exchange of their help. Jason Corsaro, the record's audio engineer, persuaded Rodgers to use digital recording, a new technique introduced at that time. The cover sleeve and images were shot by Steven Meisel. Madonna wanted the album title and the cover image to make provocative link between her own religious name Madonna, as the Roman Catholic title for Jesus' mother Mary, and the Christian concept of the virgin birth.

While not a substantial musical departure from Madonna's first album, she felt that the material from Like a Virgin was stronger. Along with Rodgers, Madonna also collaborated with her former boyfriend Steve Bray, who co-wrote many songs on the album. Consisting of dance-pop oriented music, the songs also incorporated new wave. After its release, Like a Virgin received mixed reviews from the critics, but was a commercial success. It became Madonna's first number one album on the Billboard 200, while reaching the top of the charts in Germany, Italy, Netherlands, New Zealand, Spain and the United Kingdom. The Recording Industry Association of America (RIAA) certified it diamond for shipment of ten million copies across the United States. Worldwide it has sold 21 million copies, becoming one of the best-selling albums of all time.

Five singles were released from the album, including Madonna's first US number-one "Like a Virgin" and her first UK number-one "Into the Groove". To promote the album, she embarked on The Virgin Tour, which had shows in cities of North America only. Like a Virgin has attained significance as a cultural artifact of the 1980s. Madonna proved that she was not a one-hit wonder and was able to provide herself with a permanent footing in the music world. Her songs became a lightning rod for both criticism by conservatives and imitation by the younger female population, especially "Material Girl" and "Like a Virgin". According to author J. Randy Taraborrelli, "Every important artist has at least one album in his or her career whose critical and commercial success becomes the artist's magic moment; for Madonna, Like a Virgin was just such a defining moment".