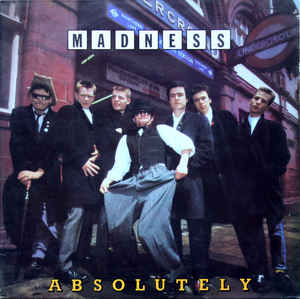 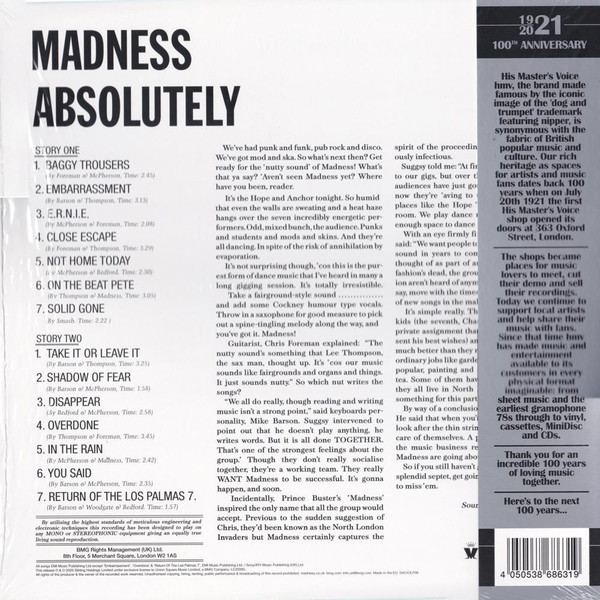 Absolutely is the 1980 second album from the British ska band Madness. The album reached number 2 in the UK album charts.[2]

Absolutely spawned some of the band's biggest hits, most notably "Baggy Trousers", which peaked at number 3 in the UK and spent more than four months in the singles chart.[2] "Embarrassment" reached number 4, and the instrumental "The Return of the Los Palmas 7" climbed to number 7.[2] Although the album reviews were generally less enthusiastic than those of One Step Beyond..., they were mostly positive.

In 2009 and 2010, Madness re-released their back-catalogue of studio albums up to and including 1999's Wonderful with a bonus CD and extra tracks. The re-release of Absolutely has seven bonus tracks plus an additional CD featuring a 1980 concert recorded at the Hammersmith Odeon.

In a 2020 interview with GQ magazine Lee Thompson said it was his favourite Madness album.[1]