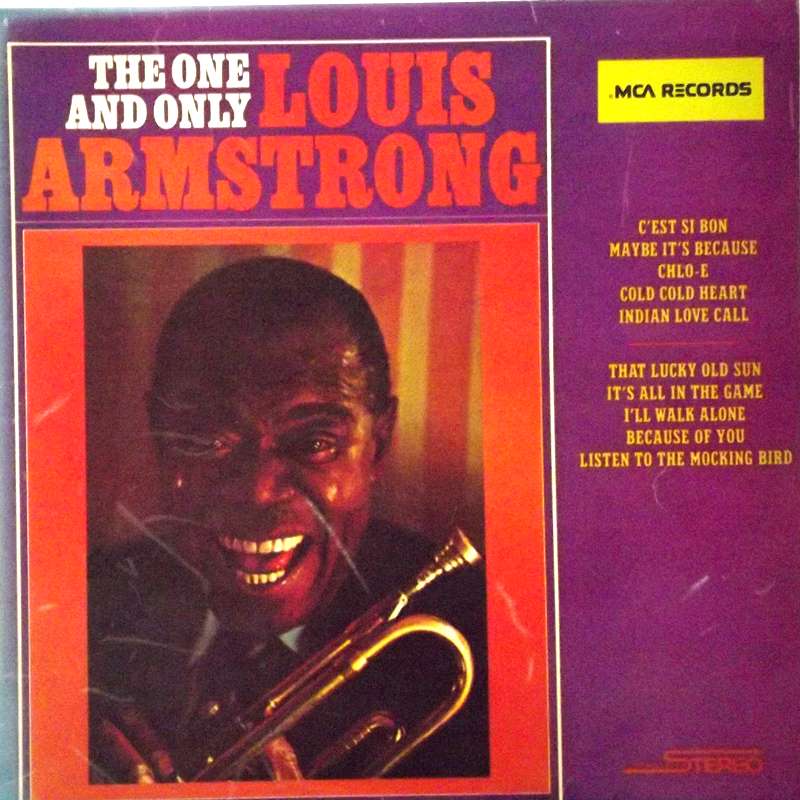 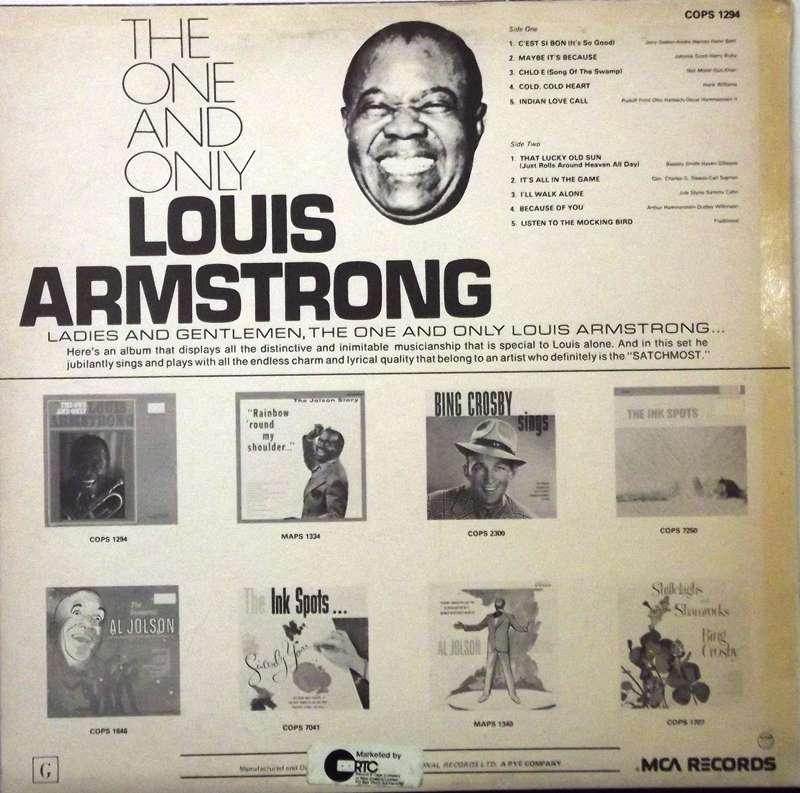 The One And Only

This long out-of-print Lp (which does not include recording dates or personnel) has ten of the more commercial selections that Louis Armstrong recorded for Decca during 1949-52. Backed in most cases by orchestras (sometimes led by Sy Oliver) and in a couple of cases a choir, Satch is as charming as usual. His hit version of "C'est Si Bon" is here along with such obscure (and rarely reissued) performances as "Chloe," "Indian Love Call," "It's All In The Game" and "Listen To The Mocking Bird."