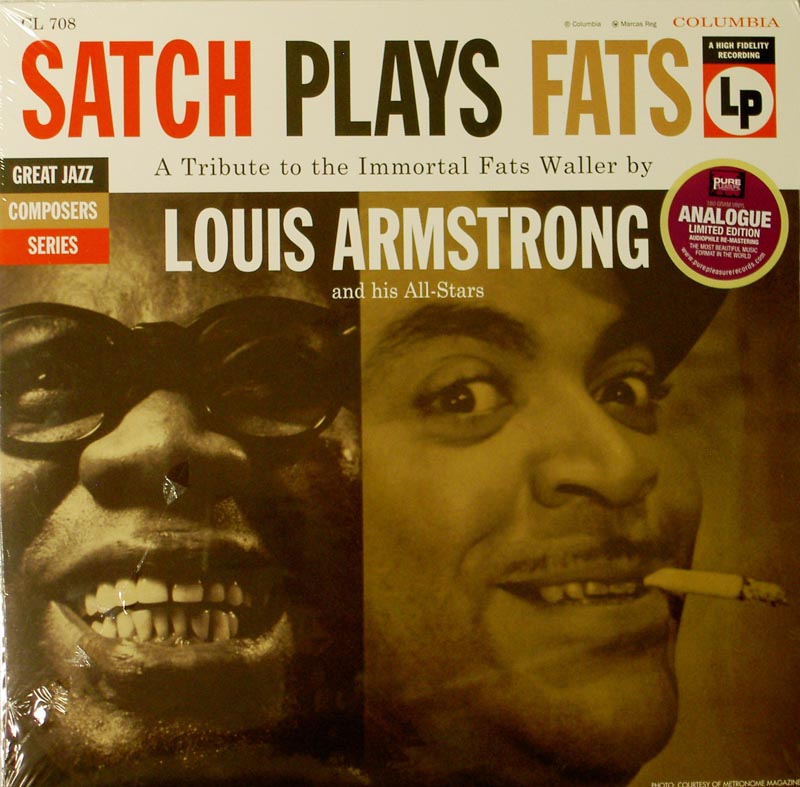 Louis Armstrong and Fats Waller only worked together twice, briefly in 1925 in Erskine Tate's band and four years later in the New York revue Connie's Hot Chocolates. But Waller made an indelible enough impression for Satchmo to record the tribute album Satch Plays Fats: The Music of Fats Waller in 1955, when such ideas were new. The nine tracks feature Armstrong ably supported by his All-Stars on such classics as "Honeysuckle Rose," "Squeeze Me," and "Ain't Misbehavin'." The mid-'50s was a fertile time for Armstrong, and this makes for a stellar package.