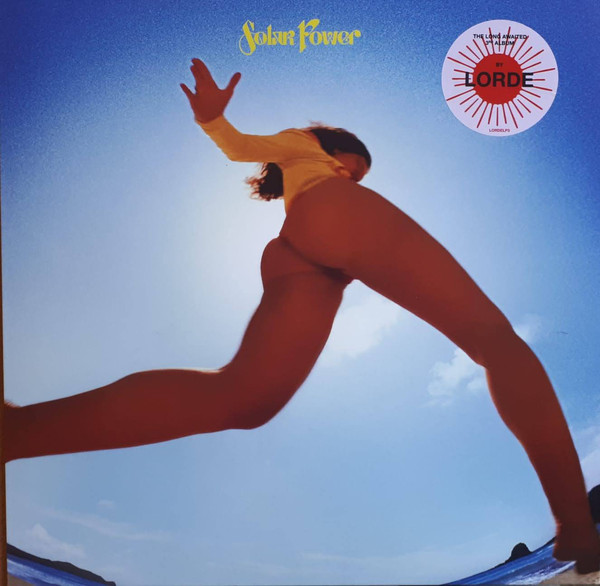 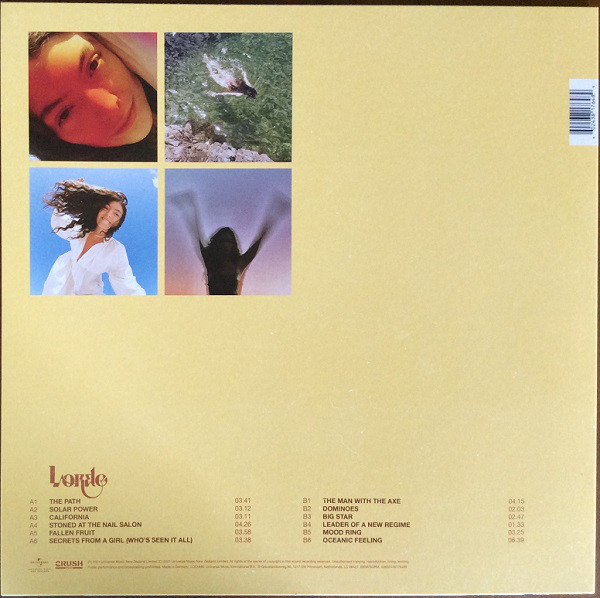 Solar Power is the third studio album by New Zealand singer-songwriter Lorde. It was released on 20 August 2021, by Universal Music. Lorde wrote and produced the album with American musician Jack Antonoff, whom she worked with on her second studio album, Melodrama (2017), as well. She opted against CDs for environmental reasons, releasing Solar Power to digital music platforms, streaming services, and as vinyl LPs only.

The album was preceded by Going South, a June 2021 memoir documenting Lorde's 2019 visit to Antarctica, which she dubbed as the precursor to the album. She stated the title Solar Power was inspired by the trip, and that she "felt like [she] could just chill out and flex a little bit" while creating the record. Three singles were released before the album: the lead single and title track, "Solar Power", was released on a solar eclipse and entered the charts in various countries, reaching number two on the New Zealand Singles Chart. It was followed by "Stoned at the Nail Salon" and "Mood Ring", leading up to the album's release.

Classified by Lorde as her "weed album", Solar Power is a psychedelic pop and indie folk effort driven by acoustic guitar arrangements, marking a departure from the synth-heavy, dance-oriented music of her previous works. The album's lyrics revolve around solipsism and summer escapism, mainly focusing on Lorde's leisure time in her homeland New Zealand, simultaneously expressing her disdain for fame and celebrity culture. The album polarised music critics, who admired Lorde's matured vocals, but were divided over its songwriting; some reviewers praised the laid-back music and perceptive themes, while the rest considered its sound unfinished and lyrics dispassionate.

Commercially, Solar Power reached number one in Australia and New Zealand, and charted inside the top-10 in Austria, Belgium, Canada, the Netherlands, Germany, Ireland, Portugal, Spain, Sweden, Scotland, Switzerland, the United Kingdom, and the United States. It additionally topped the U.S. Billboard Alternative Albums chart. To promote the album, Lorde is scheduled to embark on her third concert tour, titled the Solar Power Tour, starting in February 2022. It will cover Oceania, North America, and Europe. A Māori-language EP, titled Te Ao Mārama, was released on 9 September 2021 as a companion project to Solar Power. It consists of the Māori versions of five tracks from the album.