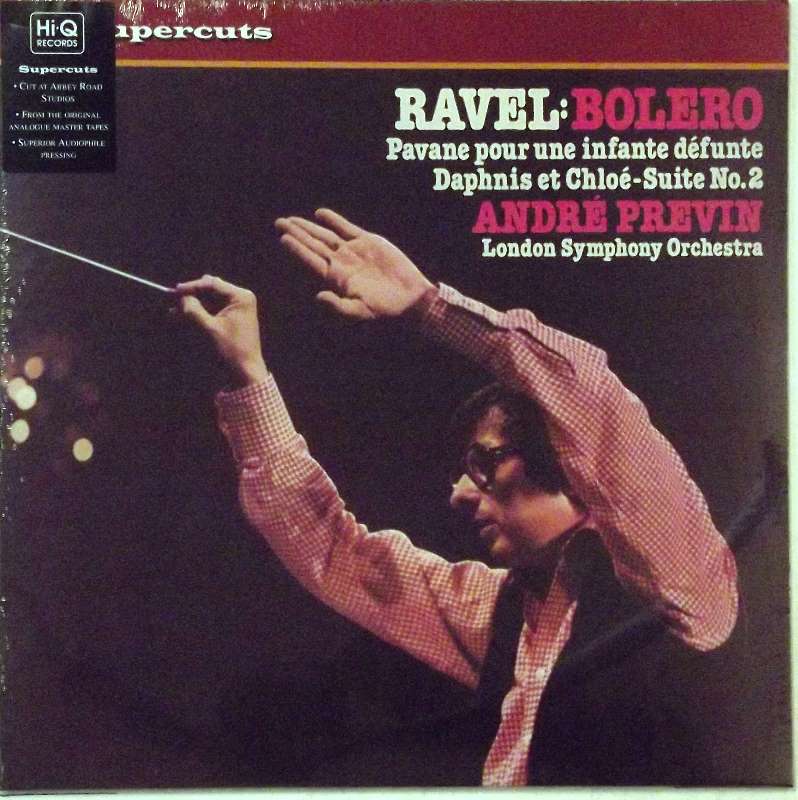 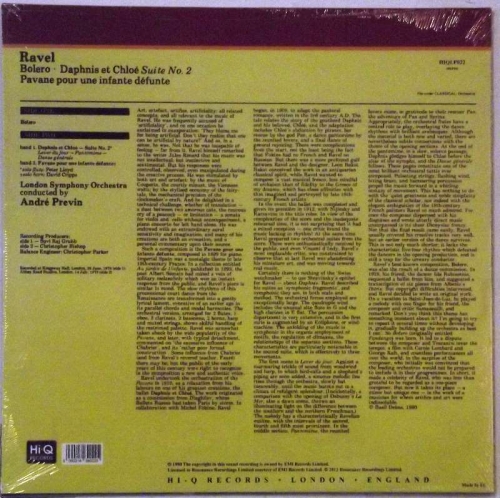 André Previn had been principle conductor of the London Symphony Orchestra for over ten years by the time he completed the recording of Boléro on this record, the longest tenure with the LSO of any single conductor. During that time, he raised the profile of both the orchestra and himself with UK television appearances on such popular programs as Morecambe and Wise and on his own André Previn's Music Night where he introduced classical music to a mass UK audience.
His recorded legacy with the LSO belongs to that golden decade of analogue recordings, mainly for EMI, which included the kind of repertoire in which Previn excels, such as Russian Romantics like Rachmaninov, Tchaikovsky and Prokofiev as well as British composers like Walton and Britten but his versatility is also reflected in repertoire as diverse as Debussy and Haydn.
"A first class coupling in every way. The recording is splendid. Bolero is given a whole side to itself and the climax is superbly caught, full and clear. The record was made in the Kingsway Hall and its unique acoustic is even more impressively demonstrated in the Daphnis and Chloe suite, a highly distinguished performance in every way. The recording throughout shows that analogue techniques can still offer the most sophisticated detail, without loss of colour and richness of texture." - Original 1980 Gramophone Review